We came home last week to a very different Tesla. And while the symptoms weren't overwhelmingly worrisome, they definitely were cause for concern. She was not usually her spirited self - she was lethargic, aloof, and generally lifeless. She didn't run up the stairs to greet me, she walked with her head hung low, and immediately laid back down and fell asleep. 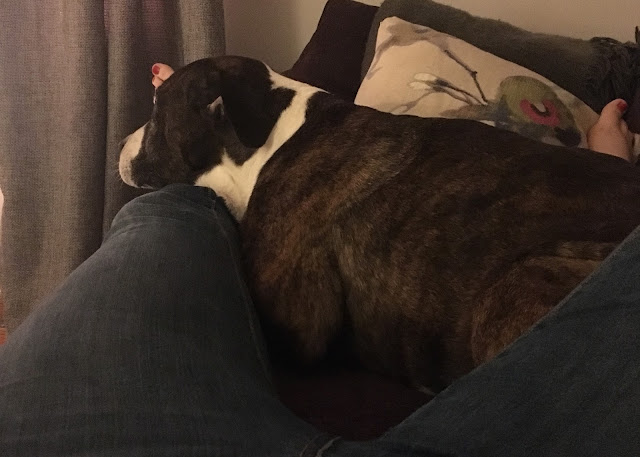 We contemplated going to the vet immediately, but didn't have any biological signs of distress. After a few minutes, my gut wasn't sitting right, so I decided to call the vet and ask them what types of symptoms they look for. After explaining the situation, they let me know they had an open appointment slot before closing if I wanted to bring her in.  I decided that a $40 appointment beat a much more expensive emergency visit if she worsened over night.

We told our vet the symptoms and he gave her a once over.  He noticed her heart sounded distant, so he took her back for some scans.  A few minutes later he came back somber, and I knew he had bad news.

Tesla appeared to have pericardial effusion which had led to cardiac tamponade - basically heart failure. Our little girl was dying and had mere weeks to live.

We were heartbroken. Devastated, we made our way home to make the most of her last days. First order of business...cheeseburgers - our tradition when we get not so great news. 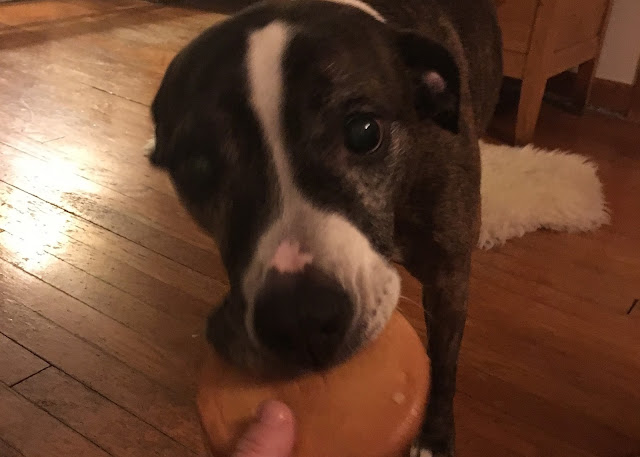 The next few days consisted of Tesla's favorite thing - snuggling with her people at home. We have seen dogs with amazing bucket lists, but those things stress Tess. She hates car rides, the beach, and isn't a huge fan of the dog park. So we snuggled... 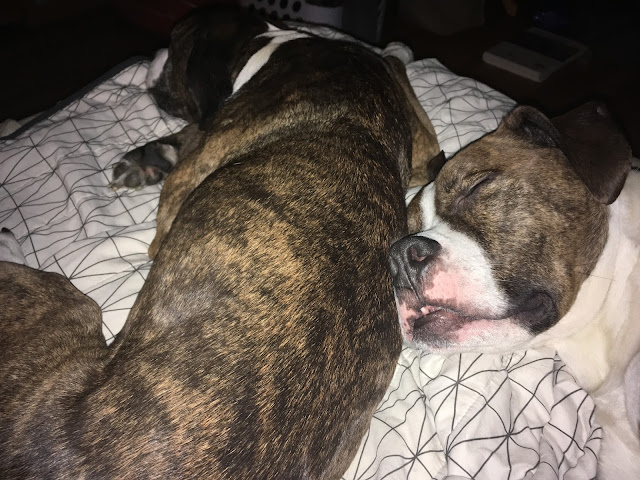 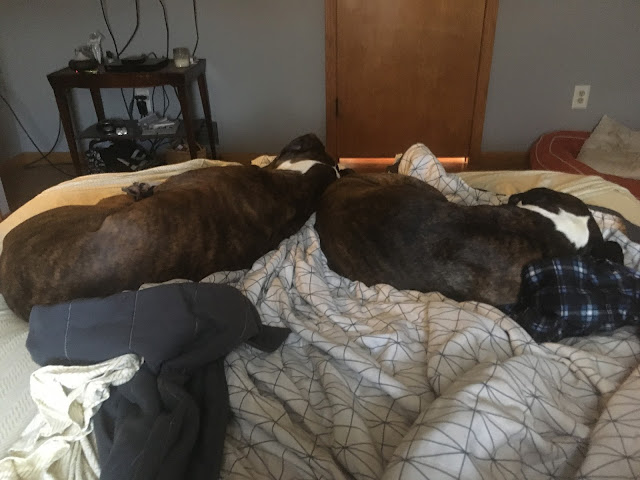 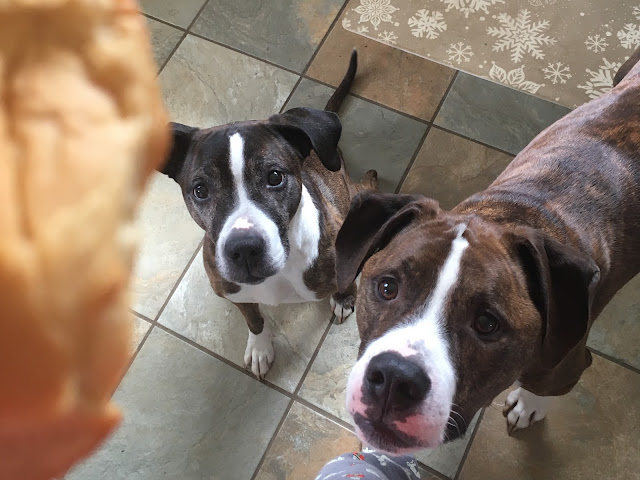 went on a Pack of Erie Dogs walk... 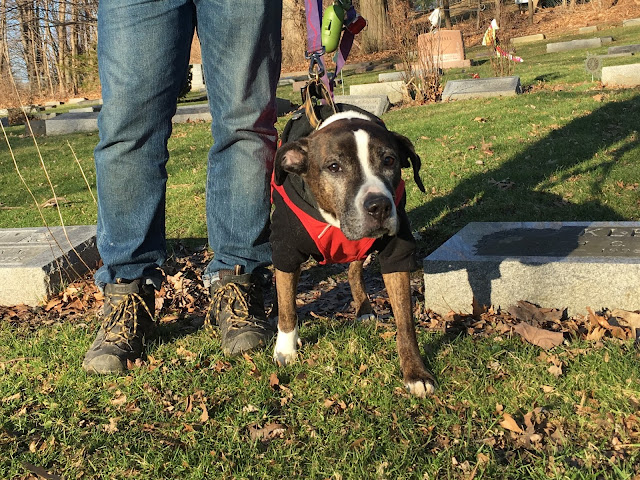 and snuggled some more. 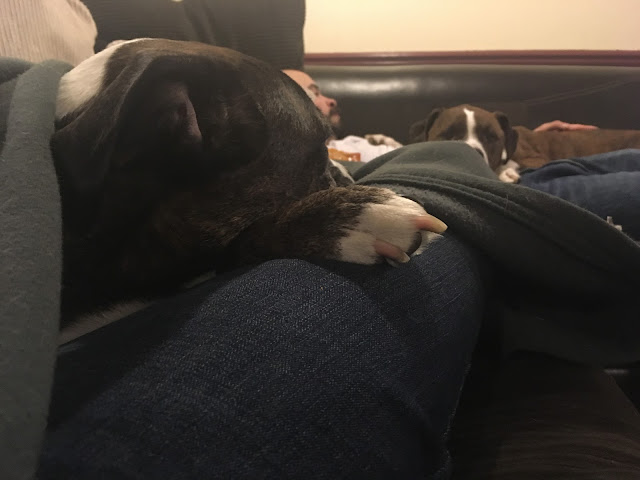 Tess seemed to get better over the weekend, which we expected as her body compensated for the extra pressure in her heart.  Even with her increase in activity, the symptoms of heart failure started to show themselves through distention in her abdomen. We prepared to say goodbye to our favorite girl this weekend. 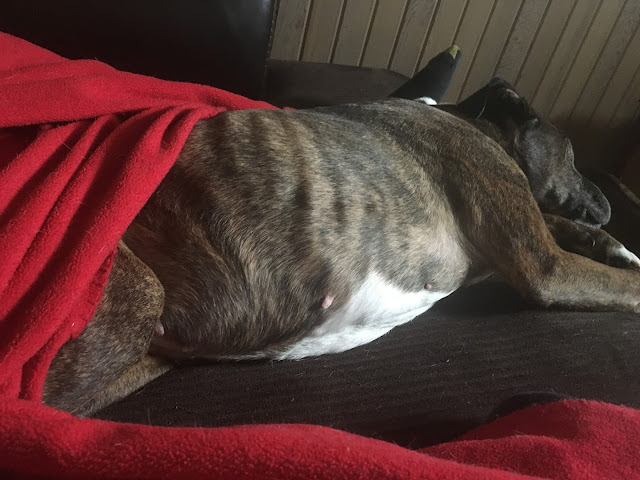 We went to our follow-up appointment on Monday expecting to get a better idea of how long we had left (days? weeks?). Our vet took Tess back to get another scan of her heart and came back with a befuddled, yet hopeful look. It seems like the pericardial effusion had disappeared! We celebrated with cheeseburgers -- apparently it works wonders for the heart! 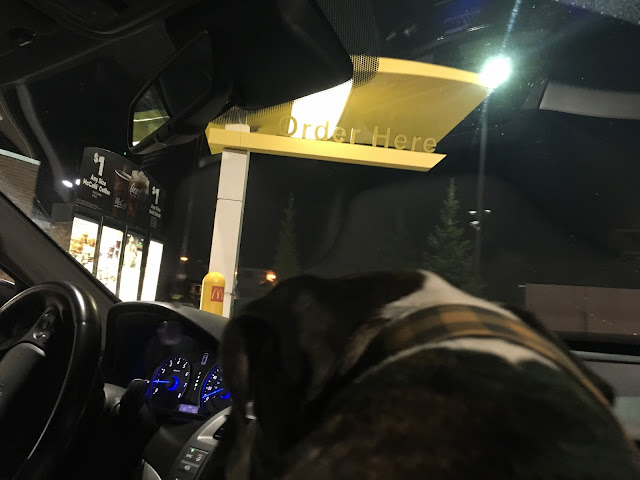 Tess isn't out of the woods yet - we have a consultation with a cardiac specialist next week where we'll hopefully get a better idea of what caused the effusion and if there is risk of it coming back.

Send some extra good vibes our way this week!
Posted by Hannah@Eriesistibull at 6:30 AM