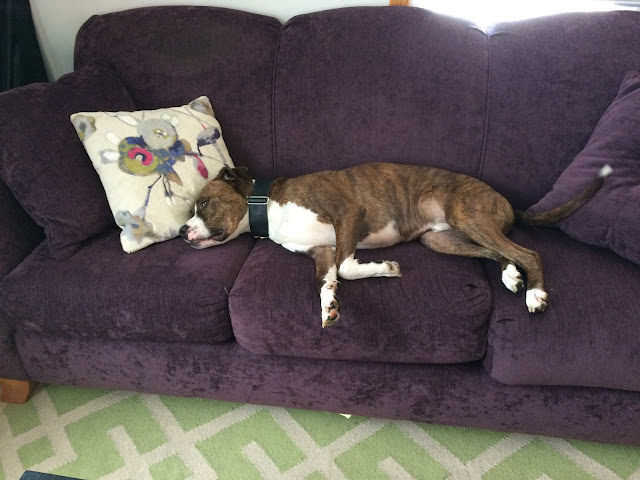 On top of the (very minor) seizures he has had, he also has a loose tooth. Of course, it's our favorite and we're heartbroken. We've tried to save it over the past month - softening his food, limiting rough play hoping it will reroot - to no avail. (Meanwhile, when Tess had her cancer-lump, we were all like "Take the whole ear!" Poor Tess.)

Edison also seems to have developed seasonal allergies. We were hoping it was just a foot fungus, but it doesn't seem to be. He has been licking his paws nonstop for weeks (minus the week he was on medicine), to the point that they are raw. His whole body was red and inflamed. The vet put him on Hydroxyzine which seems to be helping. Plus, he loves that he gets Pill Pockets, too.

Here's to hoping that the change in weather will minimize these allergies over the next few weeks and that we don't miss that favorite tooth too much.
Posted by Hannah@Eriesistibull at 6:00 AM