It's no secret that our dogs love comfort. 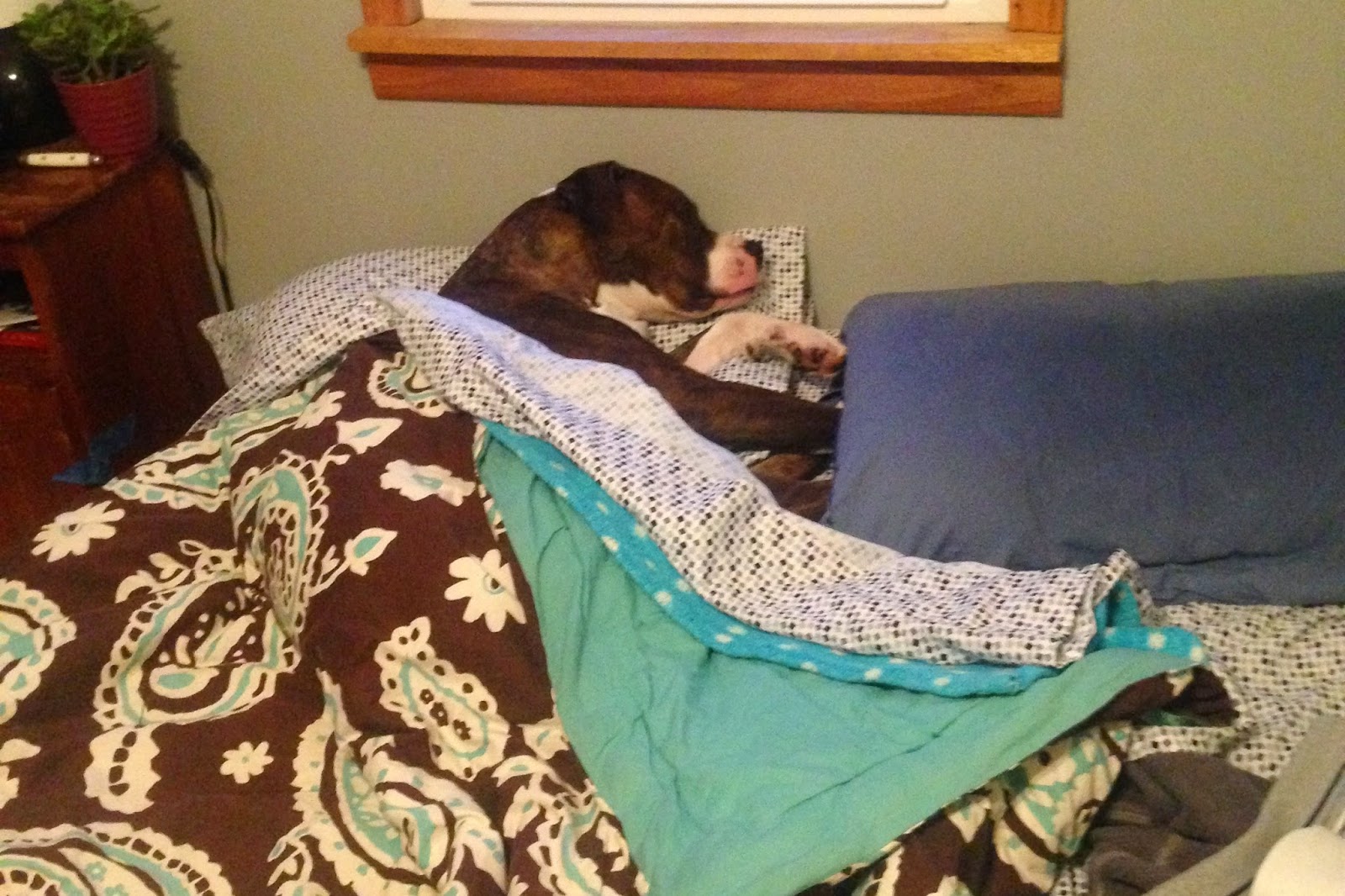 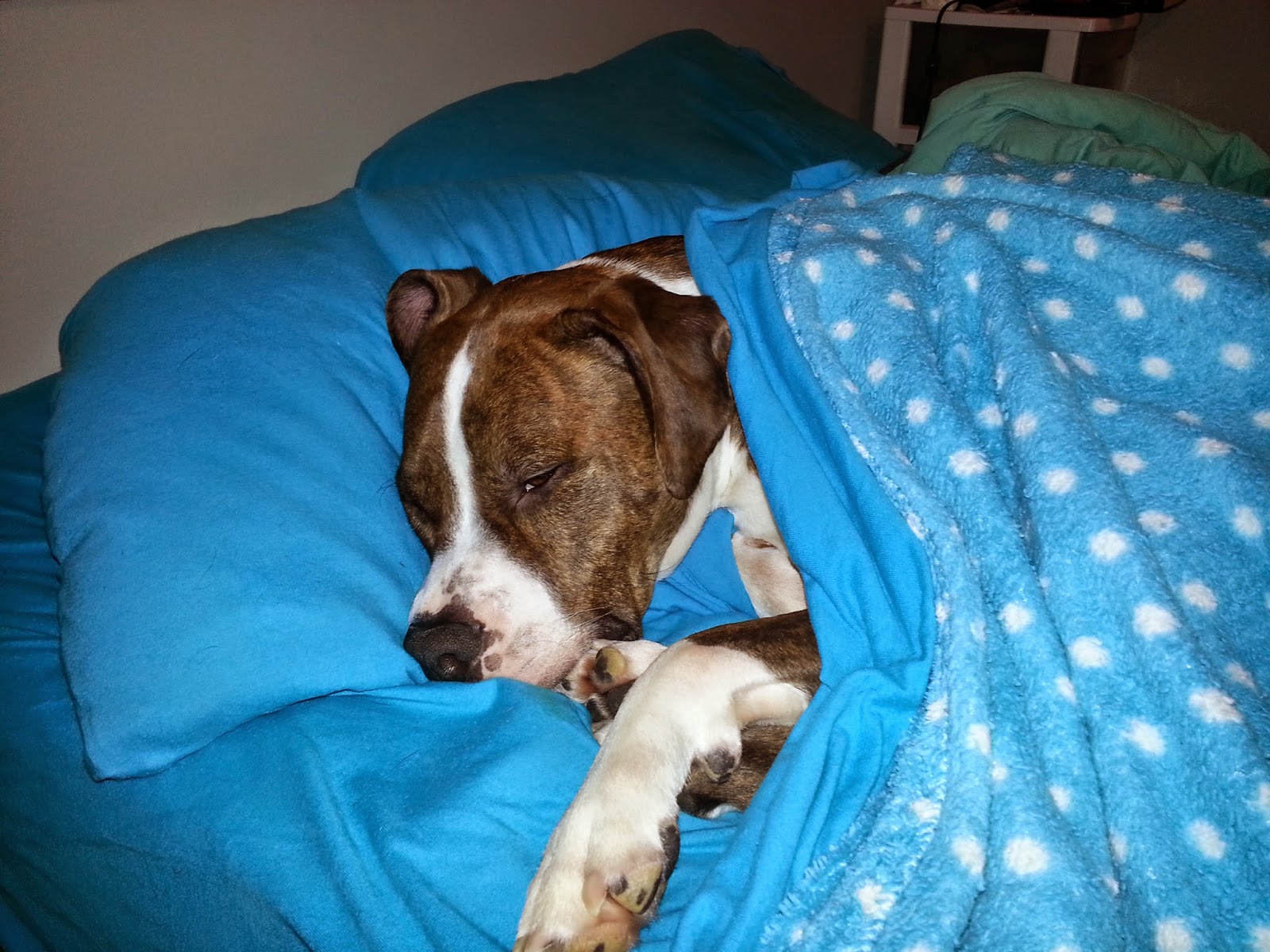 But what I find most interesting is how much more comfortable they look than me. 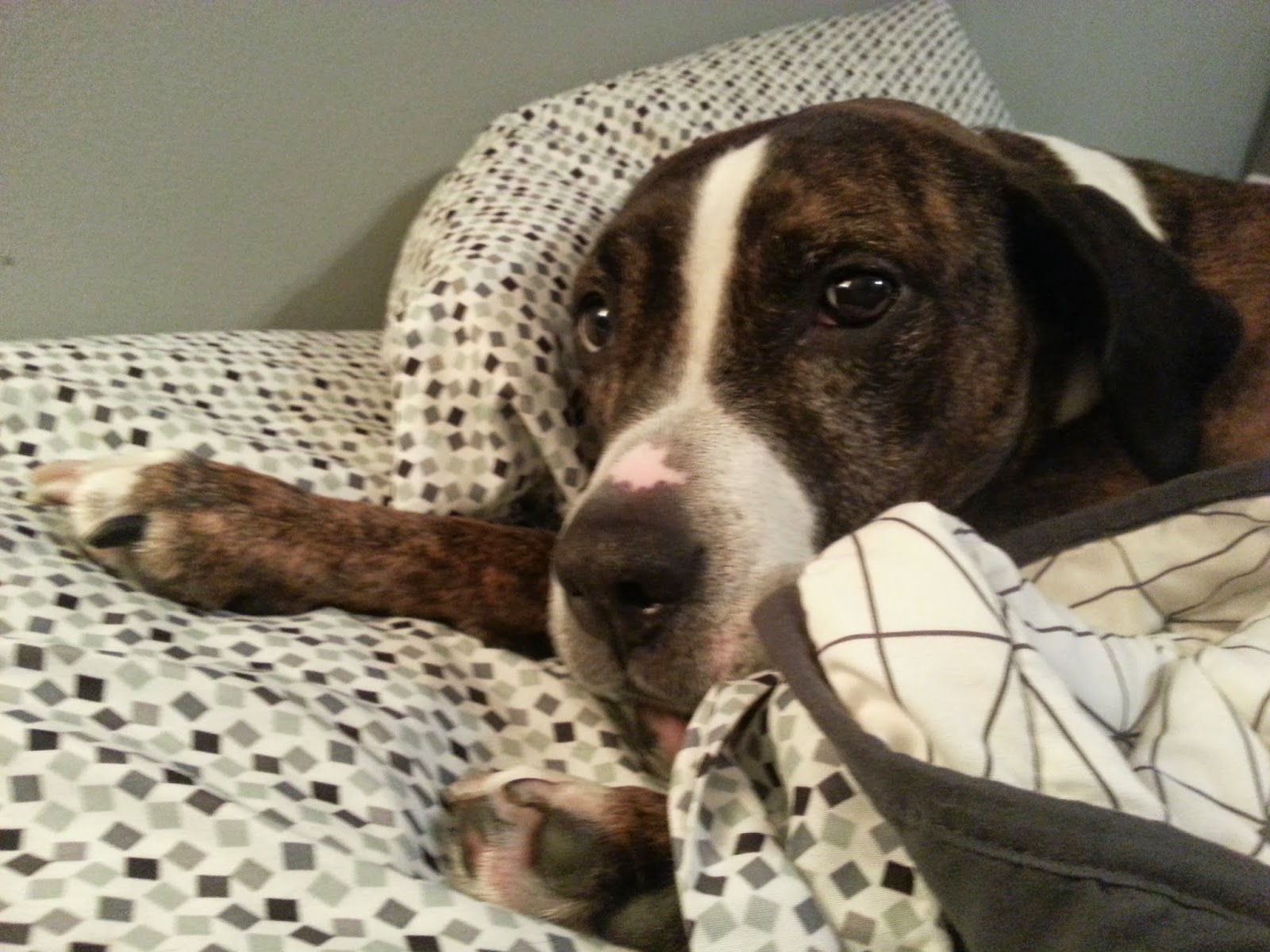 Do you share your bed with your pooches?
Posted by Hannah@Eriesistibull at 5:30 AM 6 comments:

In honor of Edison & Tesla's birthdays, each year we hold a Birthday Gala.  This black tie affair not only helps us forget about the tundra we live in, but also raises money for a local shelter! 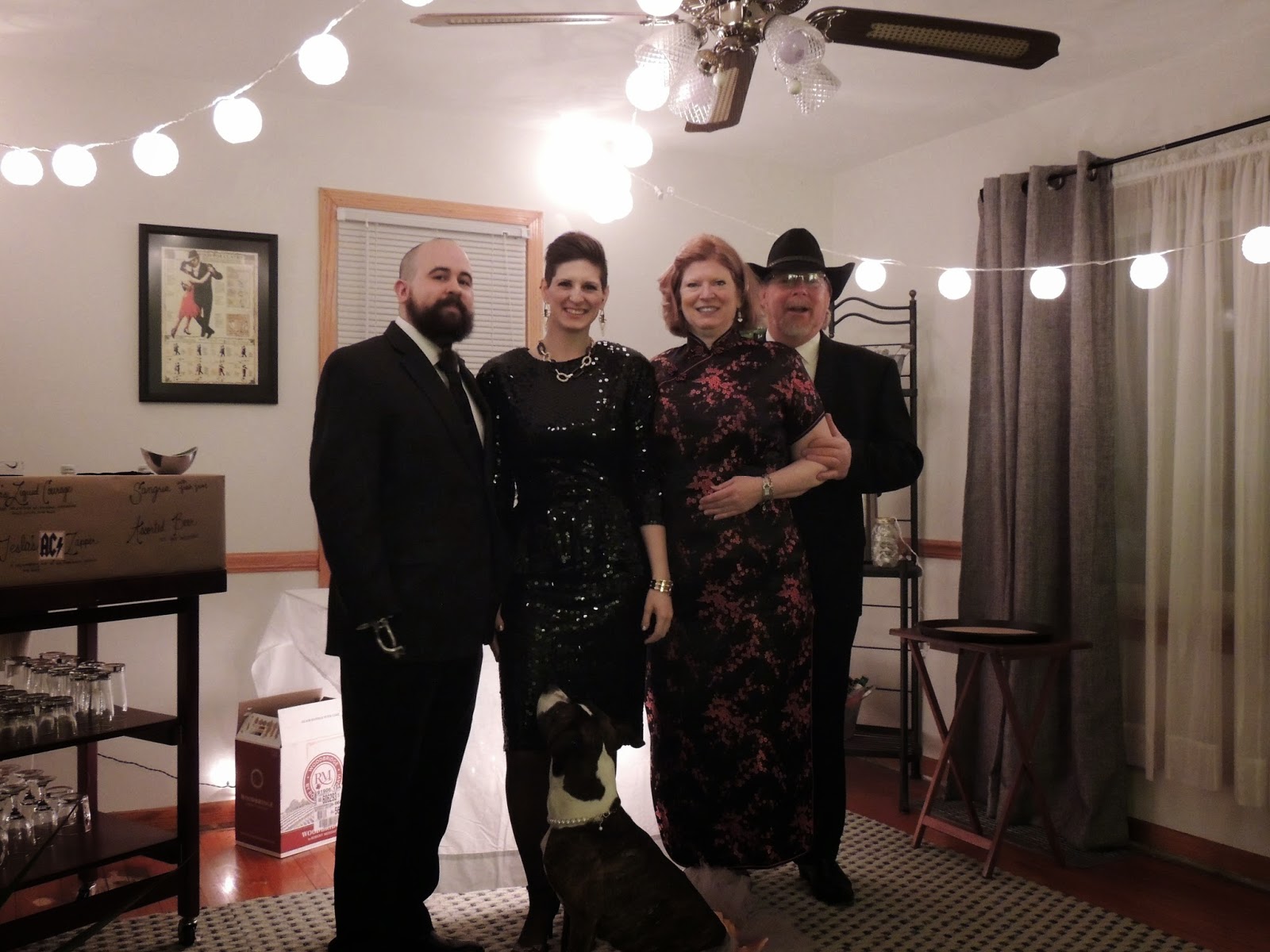 We started this three years ago after wanting to host a holiday party.  But the holidays are so busy and there are so many parties, we couldn't justify the craziness.  We thought late January would be the perfect time to host a party -- at the start of the post-holiday blues and in the midst of sibERIEa. 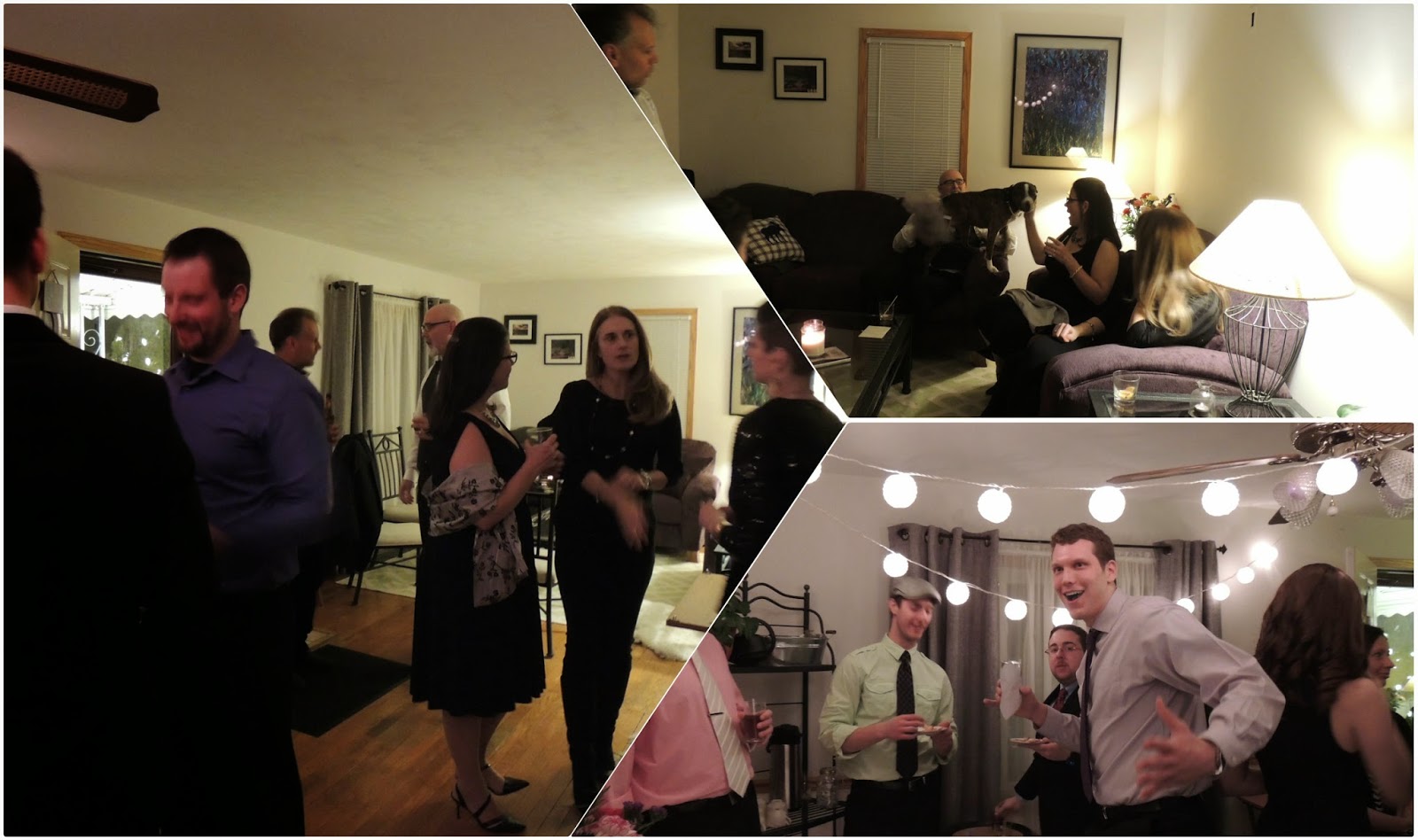 We used our pooches January birthdays as our party purpose.  But not wanting anyone to think we take this too seriously, we decided to go all out with a "black-tie optional" party complete with cocktails and fancy hors d'oeuvres. 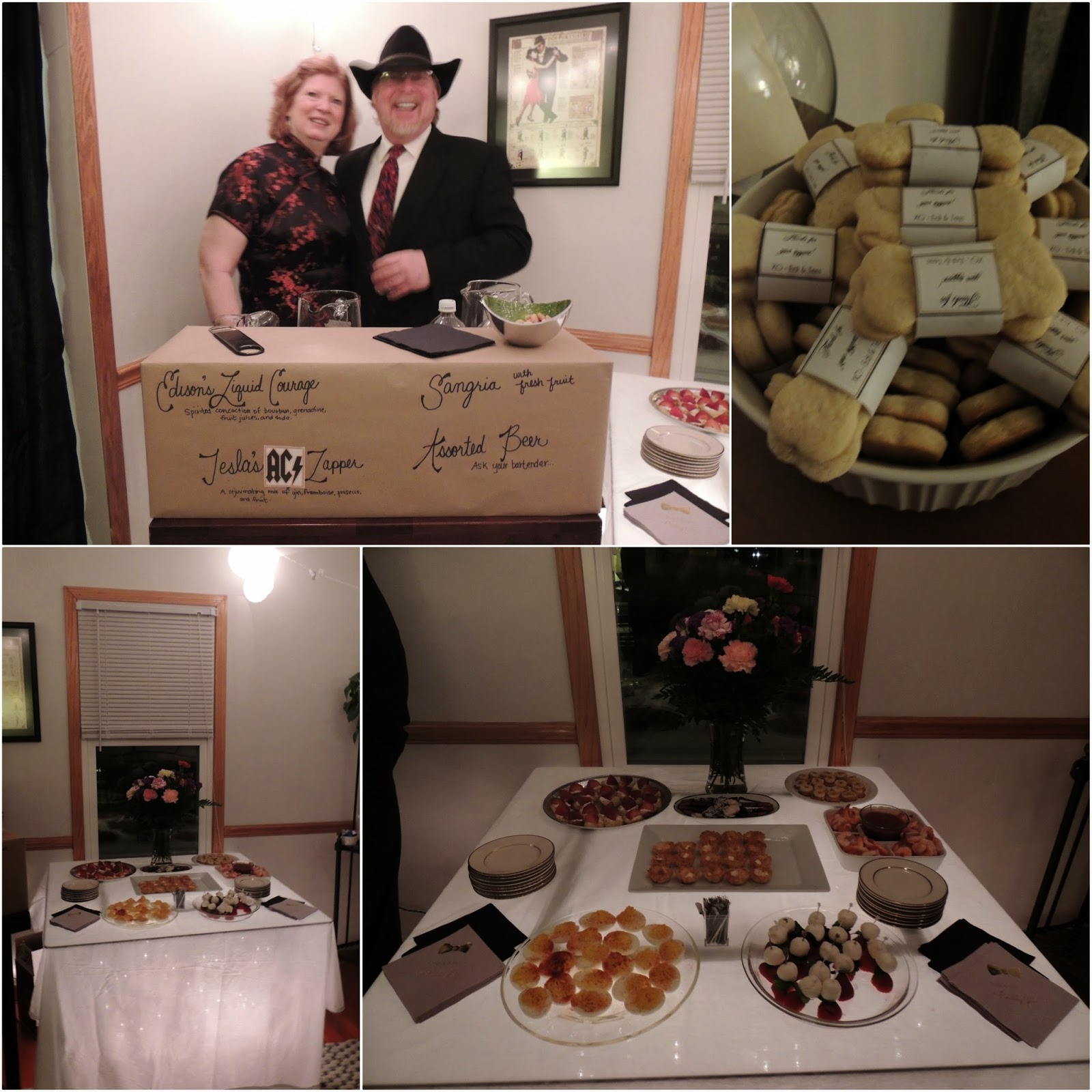 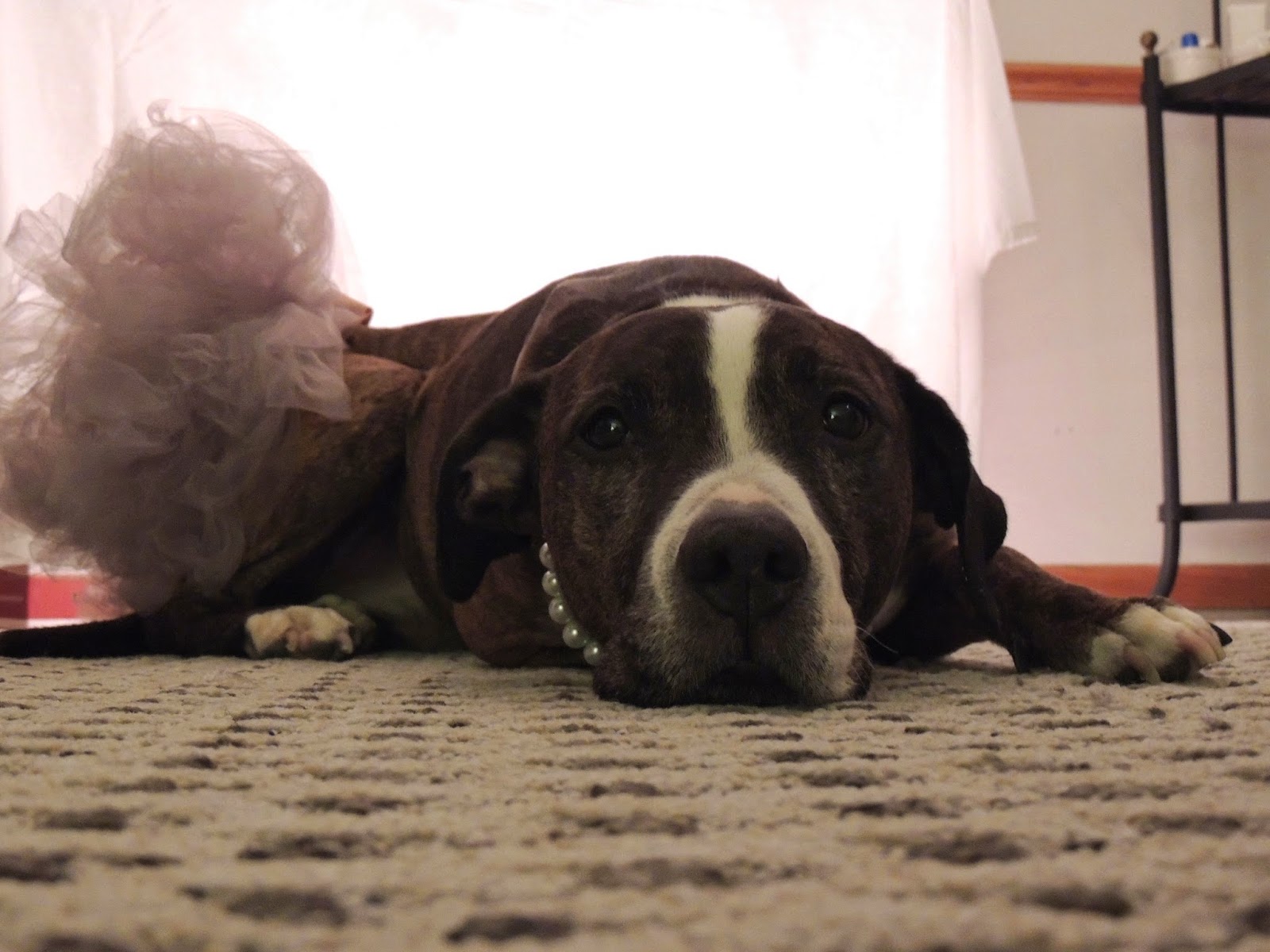 Thank you to all our friends who joined us and donated in honor of our two best buds!
Posted by Hannah@Eriesistibull at 5:30 AM 2 comments:

Living in sibERIEa the past few weeks has made many things difficult, especially getting our furry friends outside. 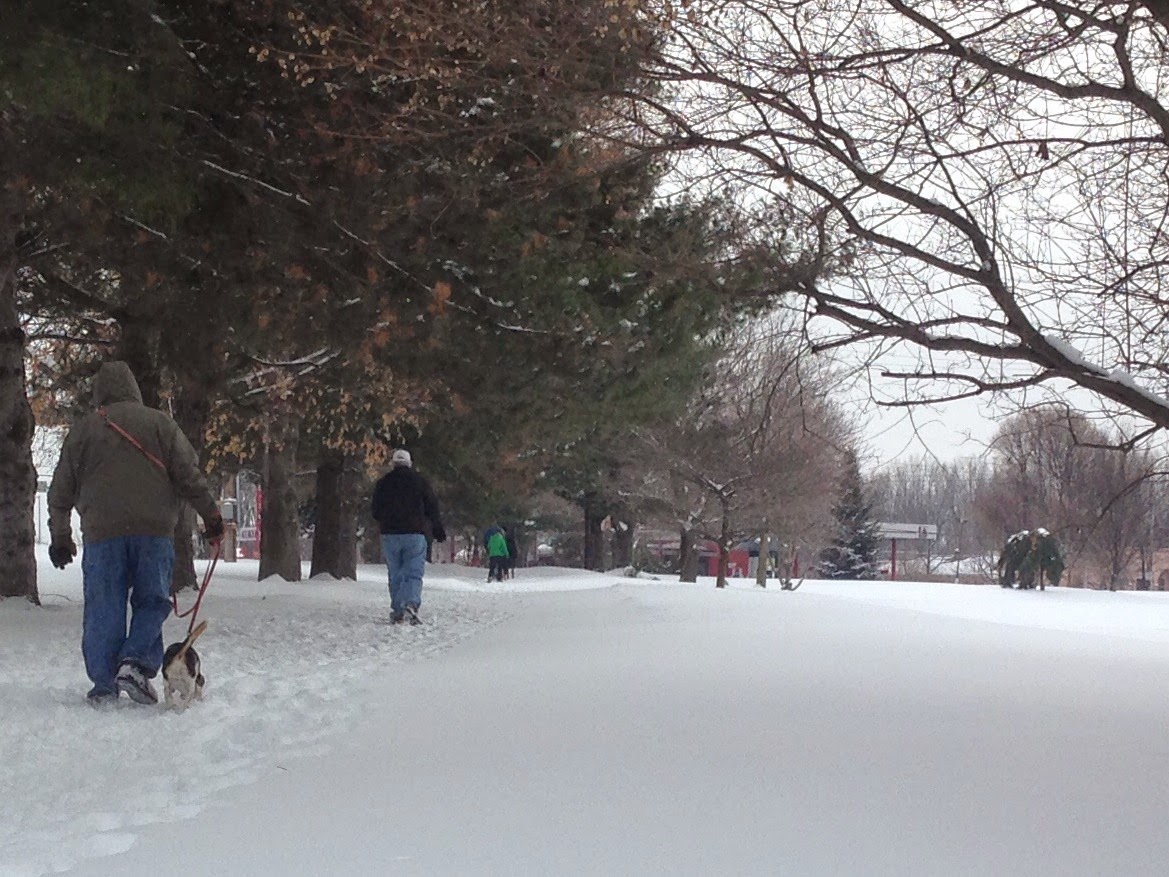 Due to the frigid temperatures this month, we've had to cancel our walks.  We were so excited that it was finally warm enough for this week's walk -- double digits...in the right direction! 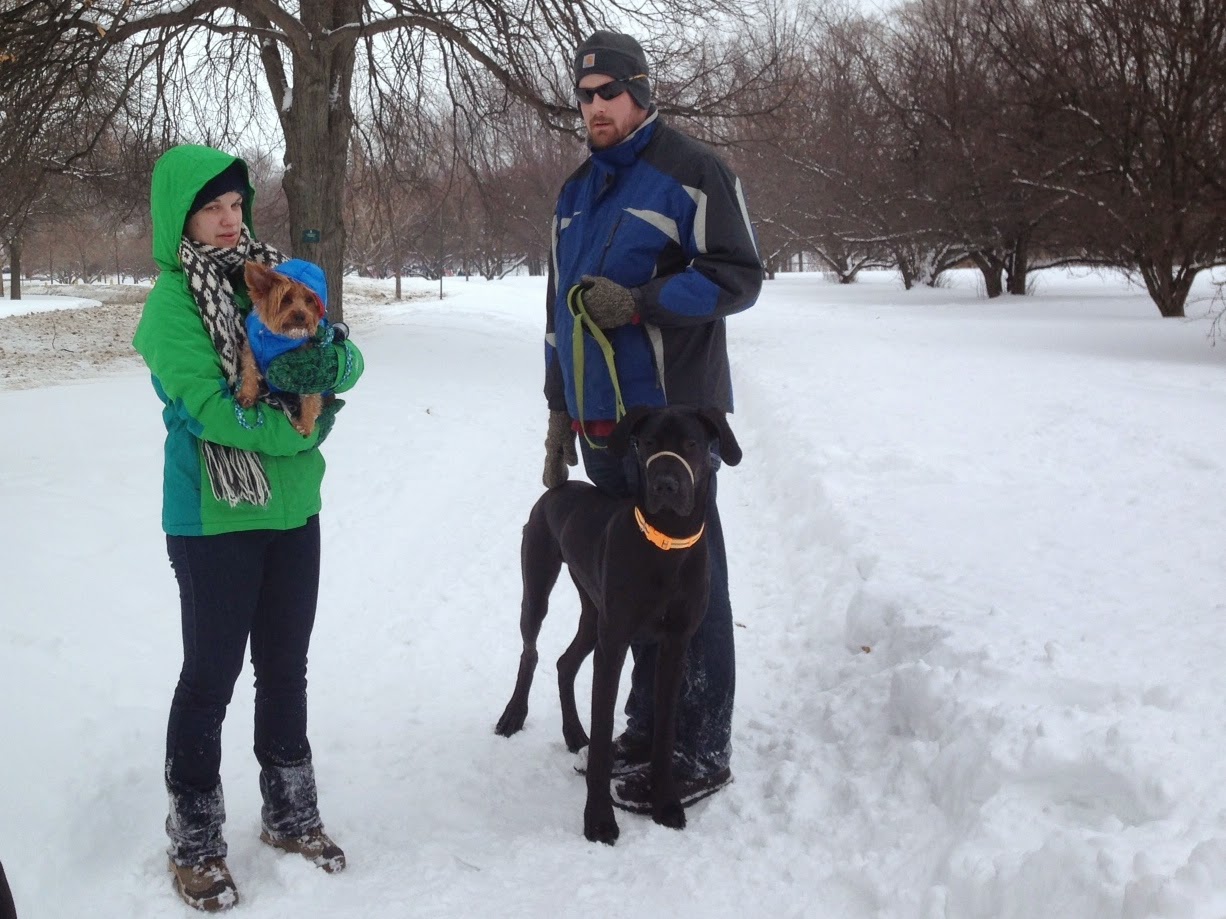 While it's not always easy to get out each week, we keep our weekly walks on our schedule to get out when we can. 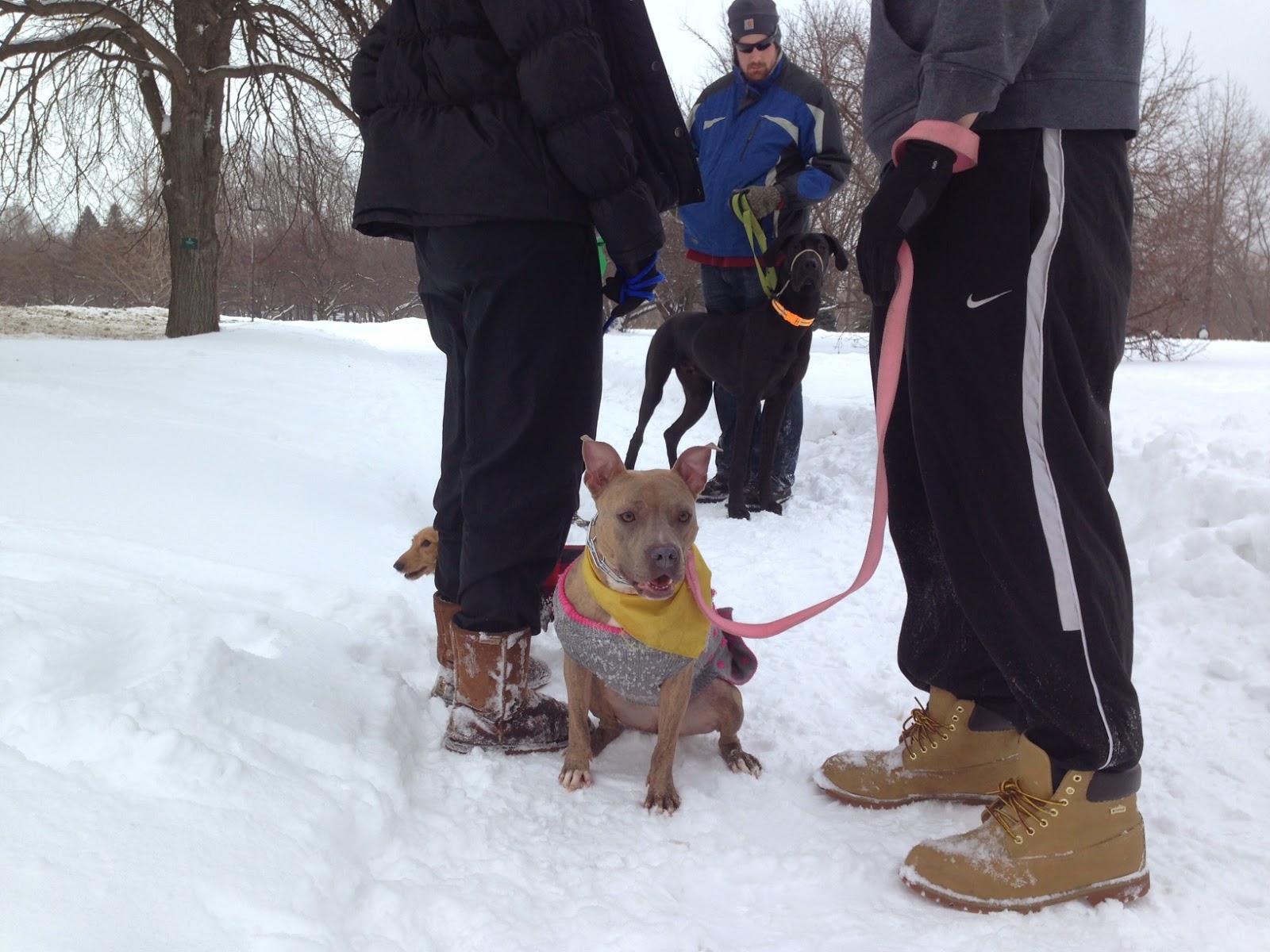 We are routinely impressed with our members that brave the temperatures each week and come throughout the entire winter. 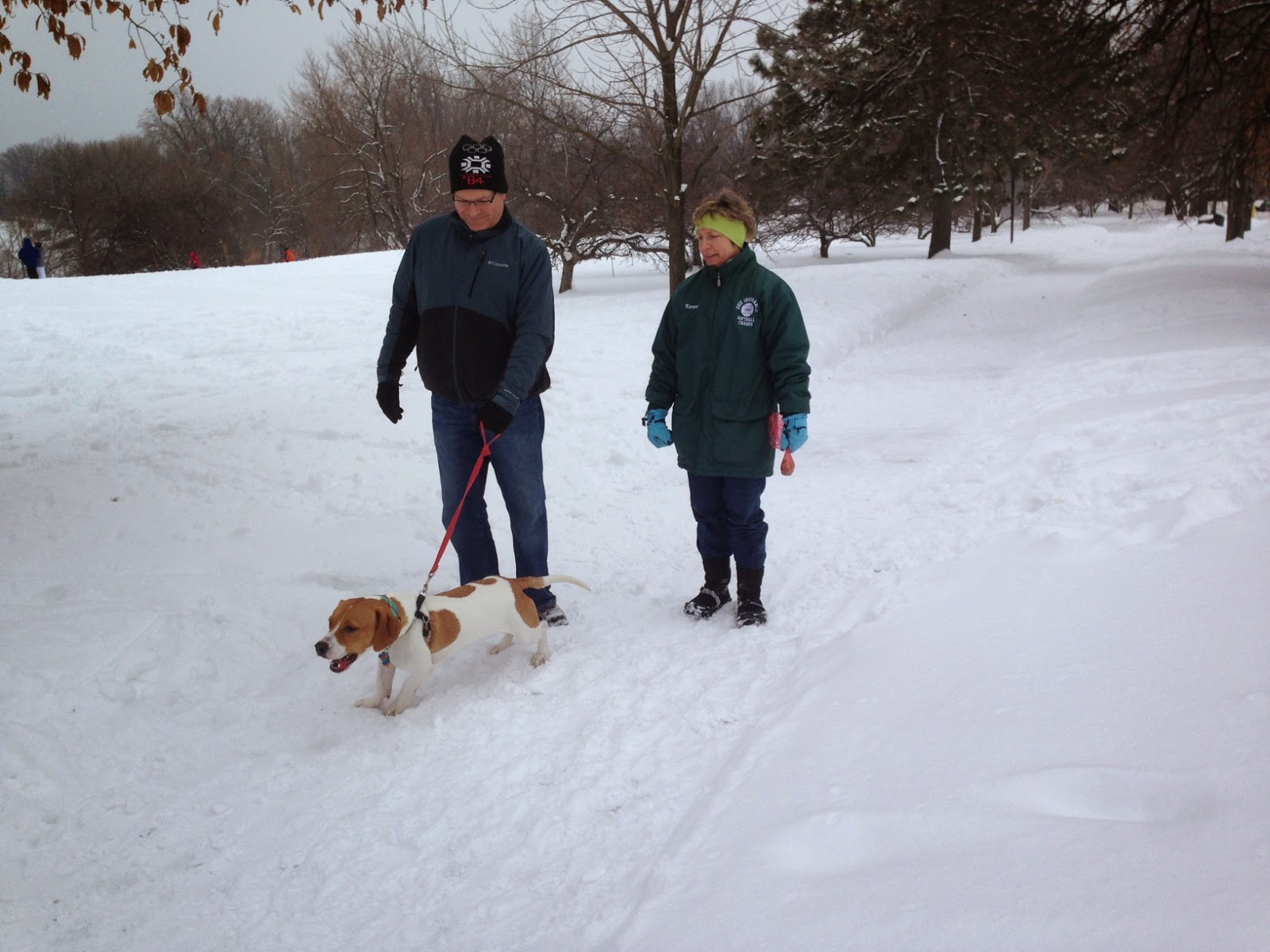 Have you been able to get out this winter?

Posted by Hannah@Eriesistibull at 5:35 AM 4 comments:

Shortly after I brought Tess home, I started noticing she was "leaking."  A quick (but expensive -- so many tests!) vet visit confirmed she was spay incontinent. 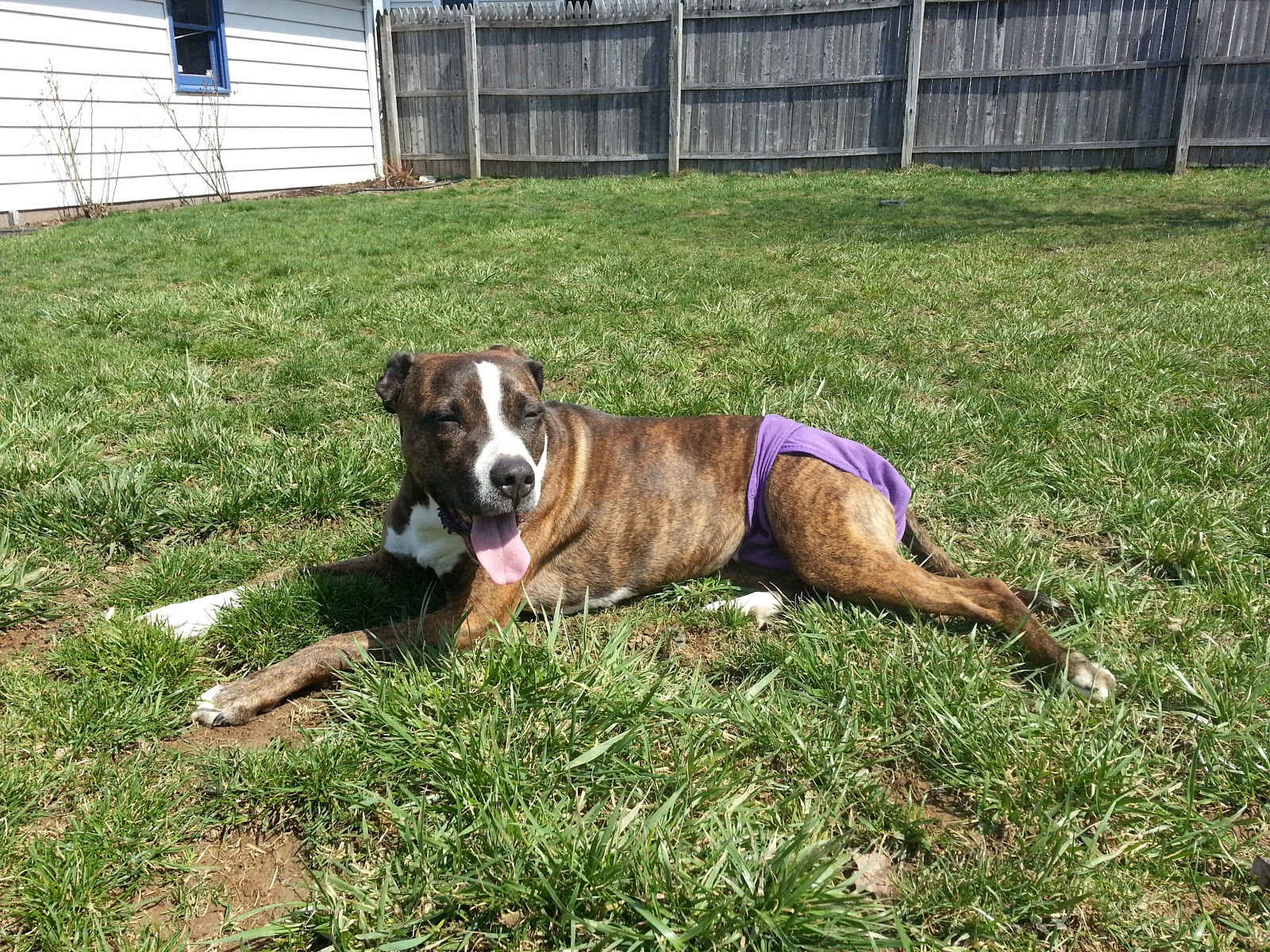 To remedy this, we give her Proin.  While I'd love to ween her down even further, our sweet-spot seems to be 1 pill a day (at night with dinner).  When we started giving her this pill, we would put it in a glob of peanut butter.  After several months, this stopped working.  We moved to cheese which worked for about a year, until she would eat the cheese and spit out the pill. Then, we tried pepperoni.  This lasted the longest, but it too eventually stopped working. 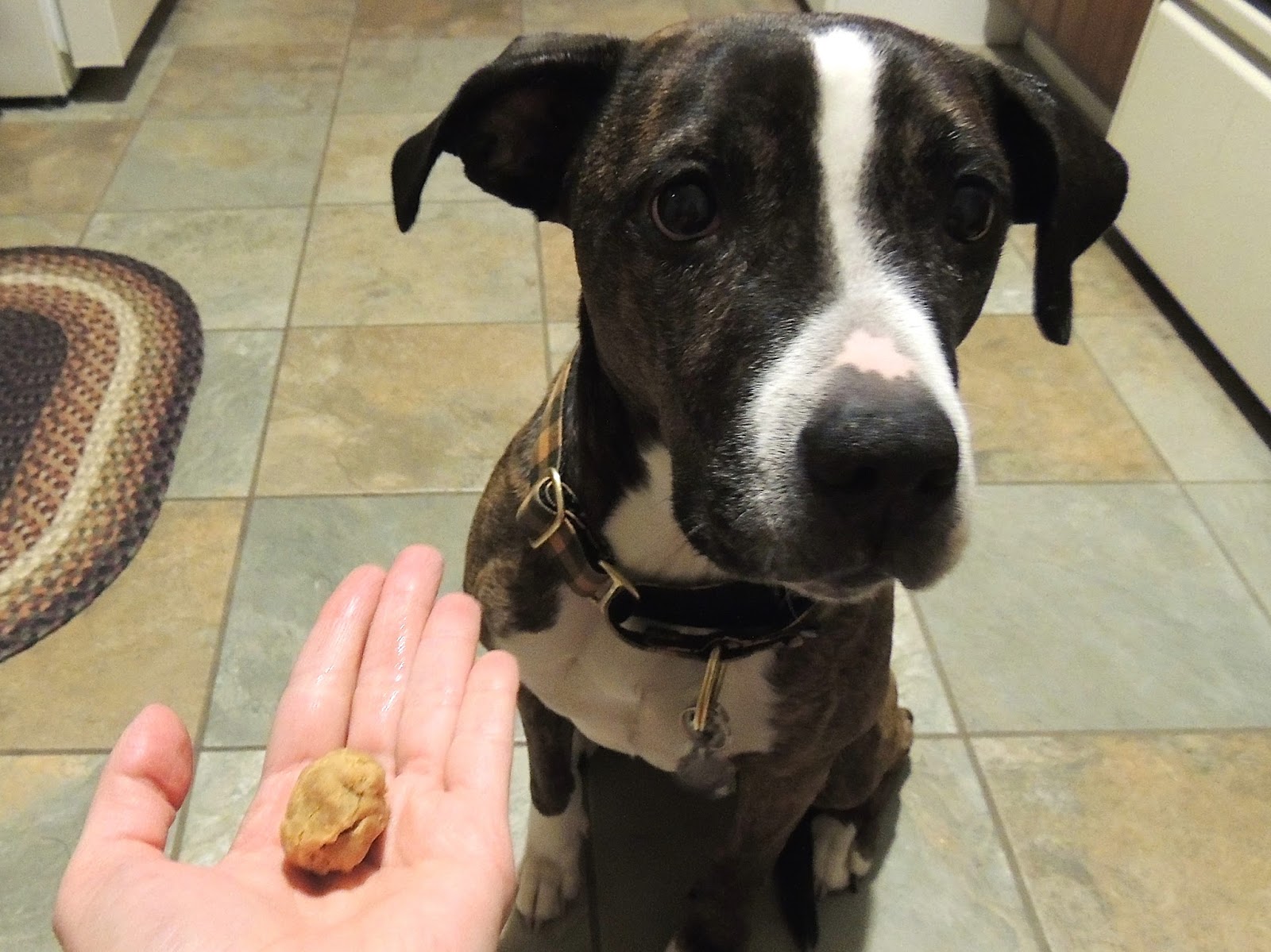 Over the past year, we landed on Greenies Pill Pockets.  I never thought I would waste my money on these, but what a difference they've made!  For several weeks after the pepperoni stopped working, it was a constant battle trying to get the pill down Tess's throat.  These changed that completely. Tess actually gets excited when she hears the pill bottle opening, instead of slinking away.  We use the Duck & Pea variety which are super stinky (read: super yummy for pooches).


While they are a bit pricey, the stress they have relieved (on both parties!) is totally worth it.  We've also found that they are cheaper at our vet.  Does anyone else use Pill Pockets for medications?  Has anyone tried the homemade pill pocket recipe? I'm thinking if I add some fish oil they will be stinky enough for Tess's liking!
Posted by Hannah@Eriesistibull at 5:30 AM 14 comments: