A couple weeks ago, Edison found a tennis ball somewhere in the house.  He has spent the past two weeks running around the house with it in his mouth. 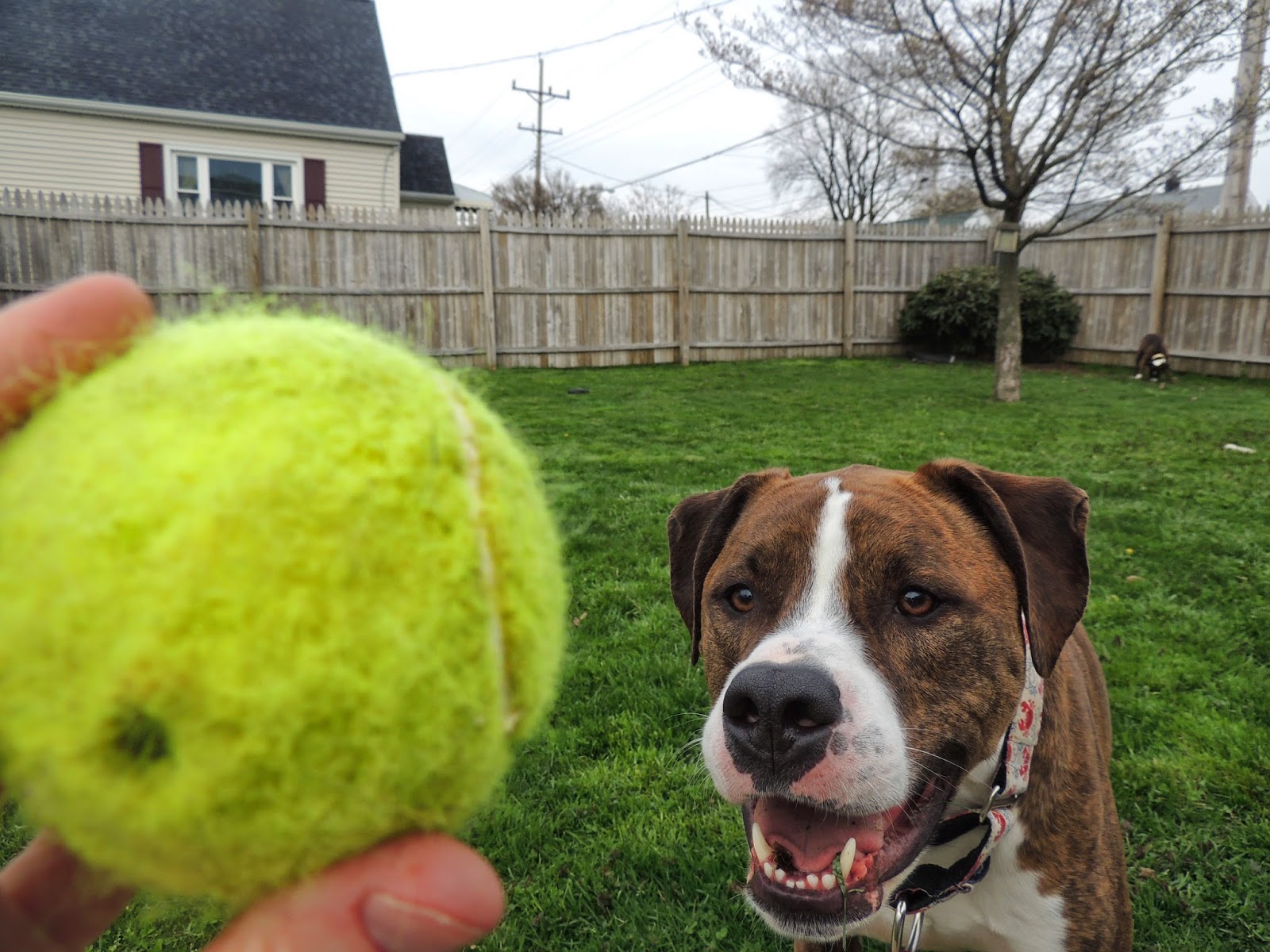 Every time I let him out of his crate, he runs right for his ball. 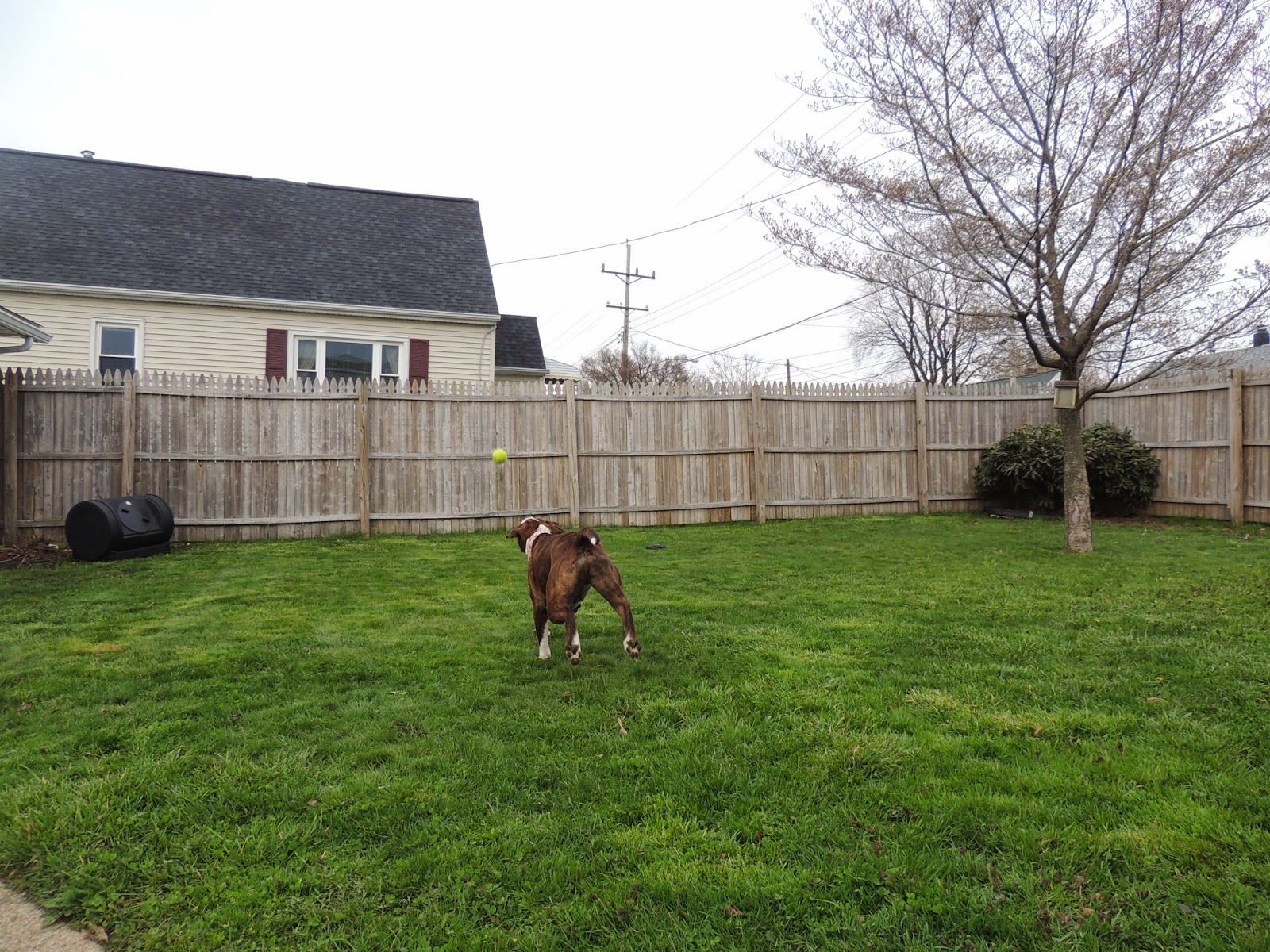 With the nice weather we've been having and the large amount of time we've been spending outside, we've been working on the age-old game of fetch. 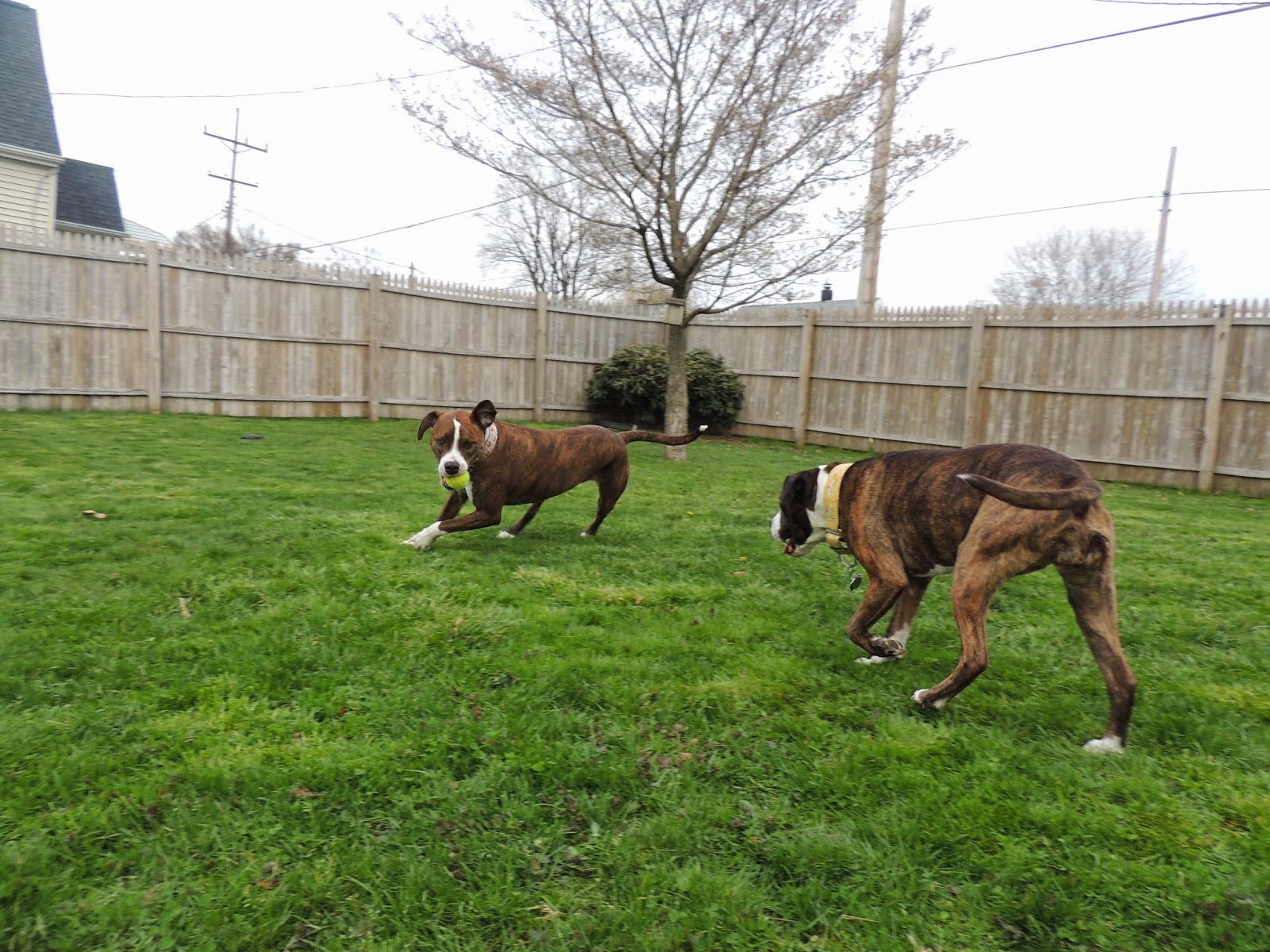 Neither of our pooches are big fetchers (especially Tesla, who isn't much of a toy dog unless she's stealing it from Edi), so it's not really a past-time of ours. 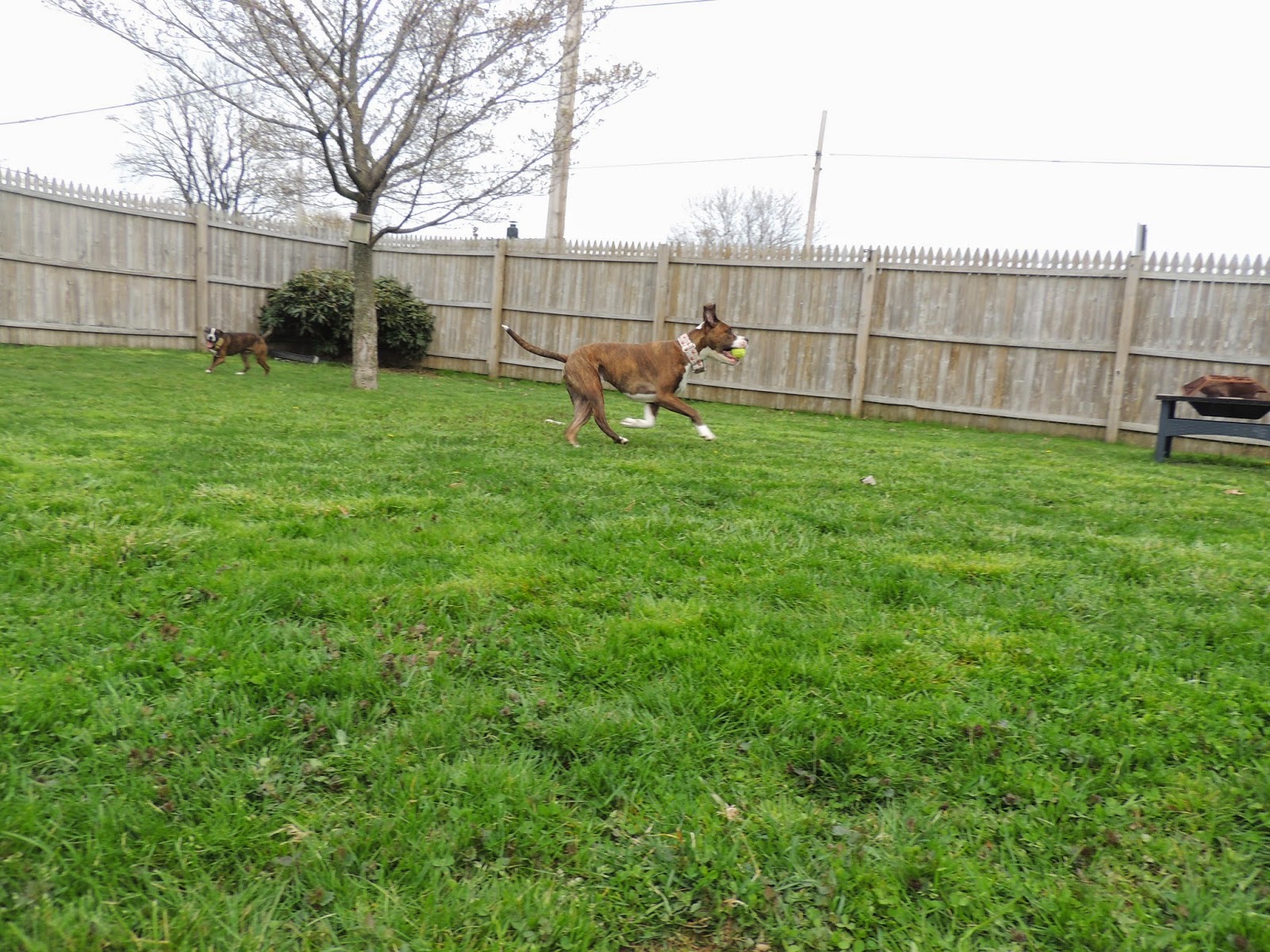 But we've really gotten into the swing of it this week.  Edison has been loving the extra exercise, and we love the interaction we get with him, plus the chance to work on his obedience.  He's actually getting pretty good at returning it (after a full lap around the yard of course), and we've come to love the mindless repetition of tossing the ball. 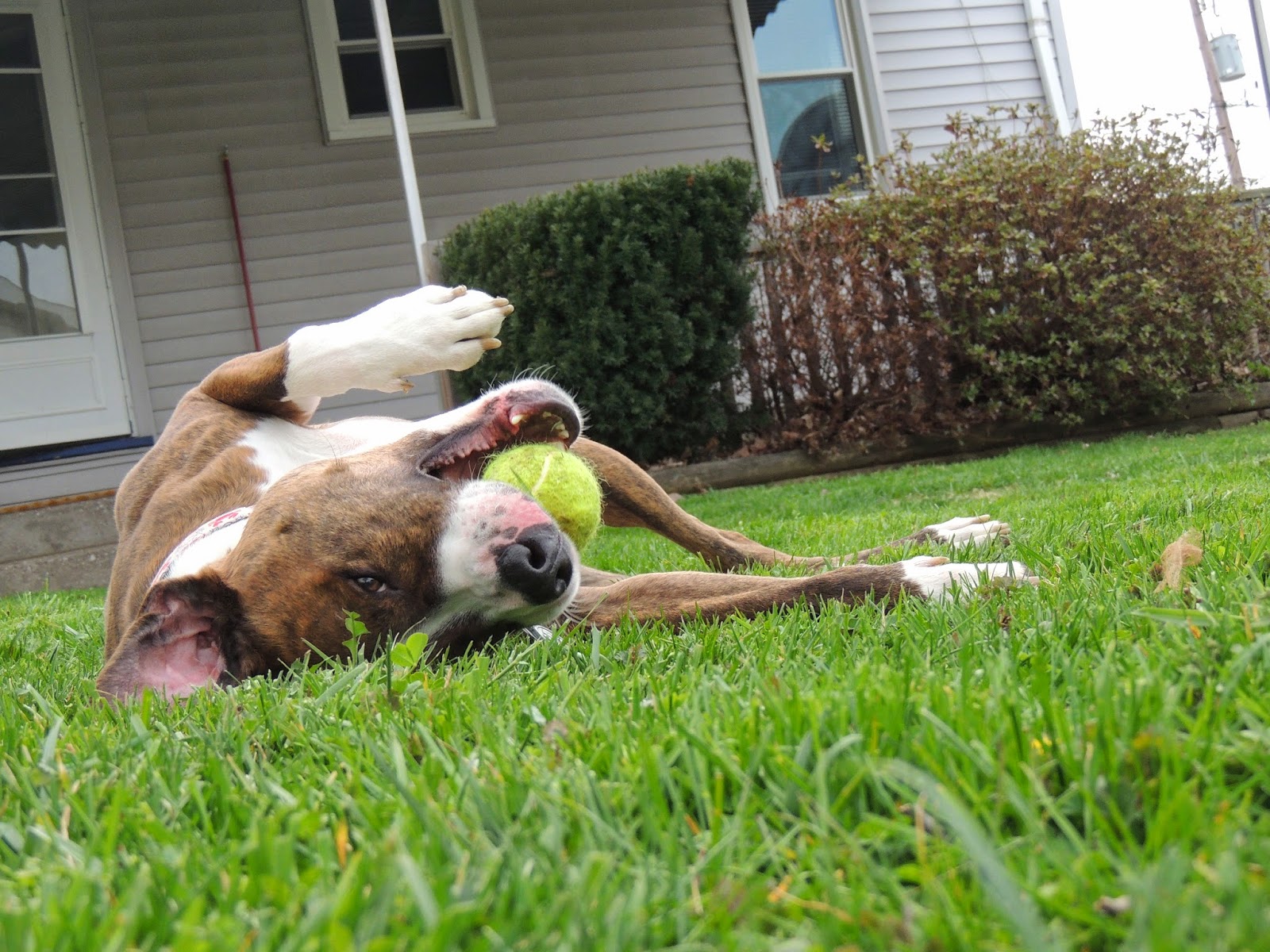 Does your dog fetch?
Posted by Hannah@Eriesistibull at 8:16 AM