Clifford and the Vanishing Dog

Although Edison still had some growing to do when we got him, we feel like he somehow keeps getting bigger.  Maybe its a combination of slimming down and bulking up. 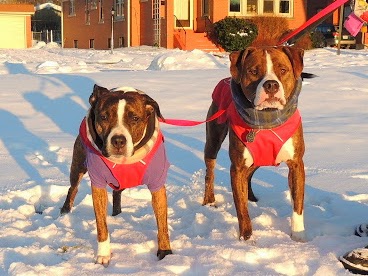 And while Ed seems to be getting bigger, our little Tesla appears to be getting smaller.  It could be the juxtaposition to Ed, or the fact that she's getting older (and greyer!) 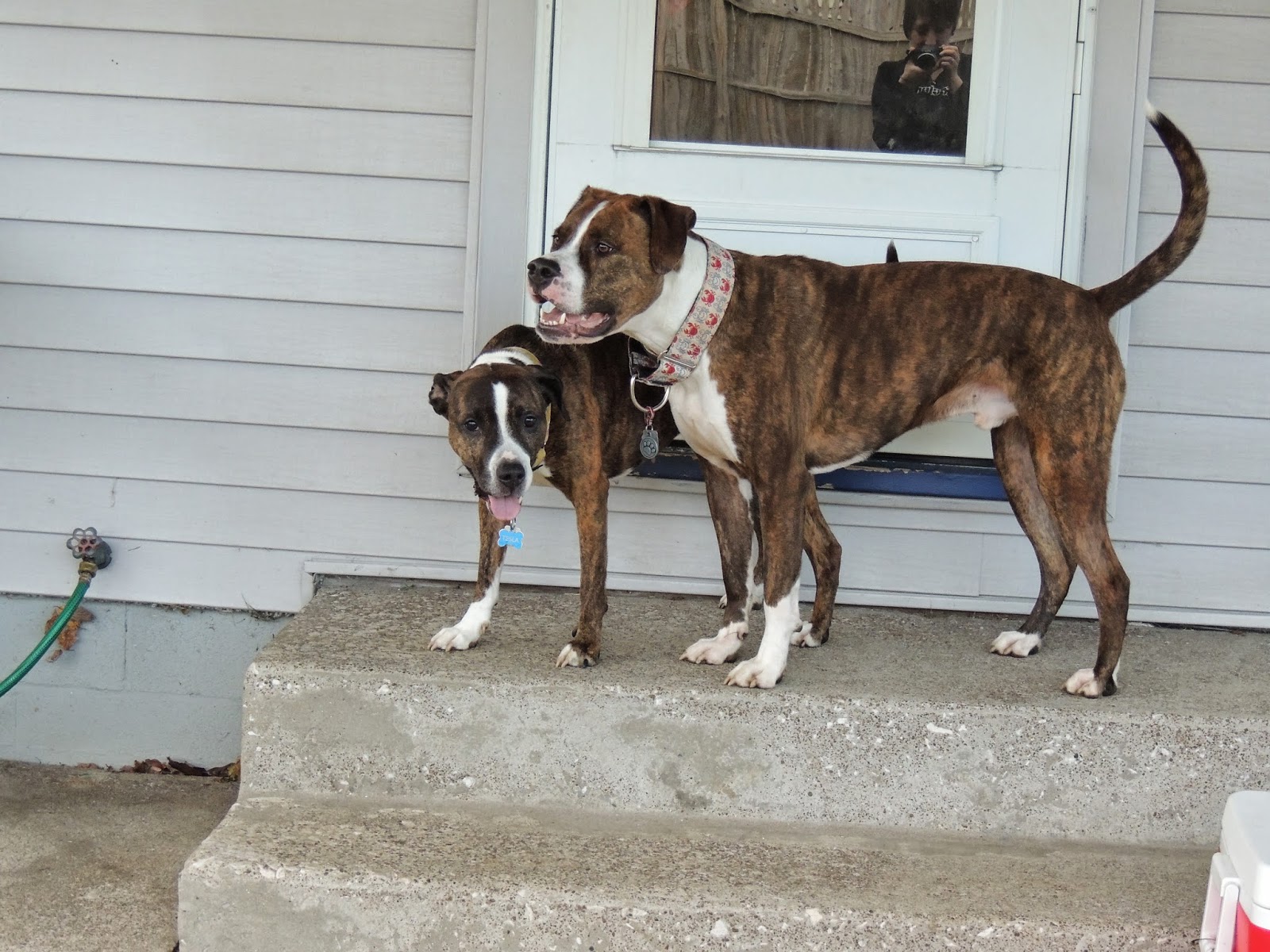 Whatever it is, we're worried they will be making a children's book that would be titled Clifford and the Vanishing Dog -- where a brindle dog keeps growing and growing until he's as big as a house and meets a friend who keep shrinking smaller and smaller until she disappears! 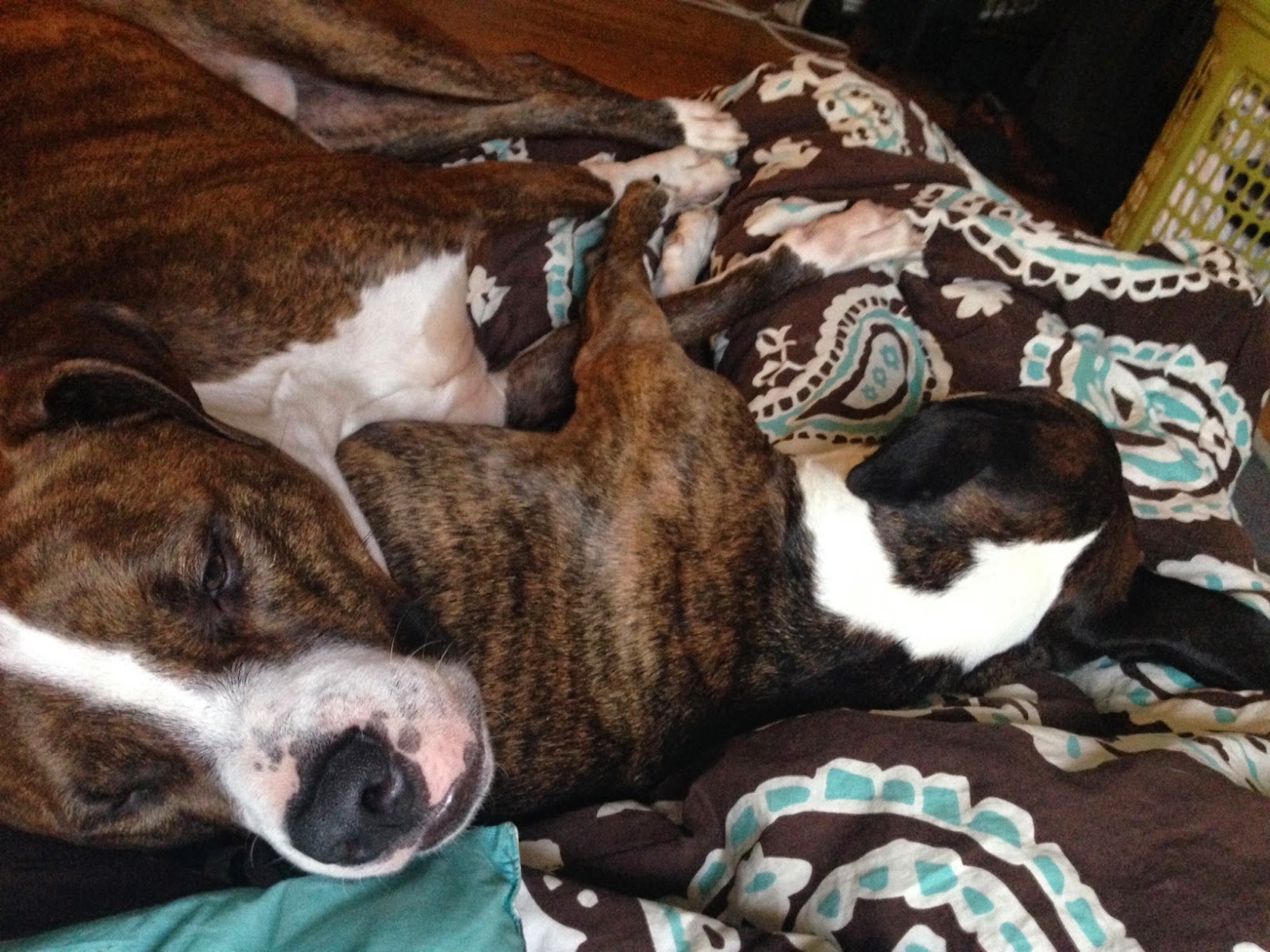 Although a children's book about our two best buds might not be that bad!!
Posted by Hannah@Eriesistibull at 7:33 AM