Well, it's been six months since our last update on our VIP Tuffy, which means we've received two quarterly stuffies since then: Alien G3 and Gear Ring. 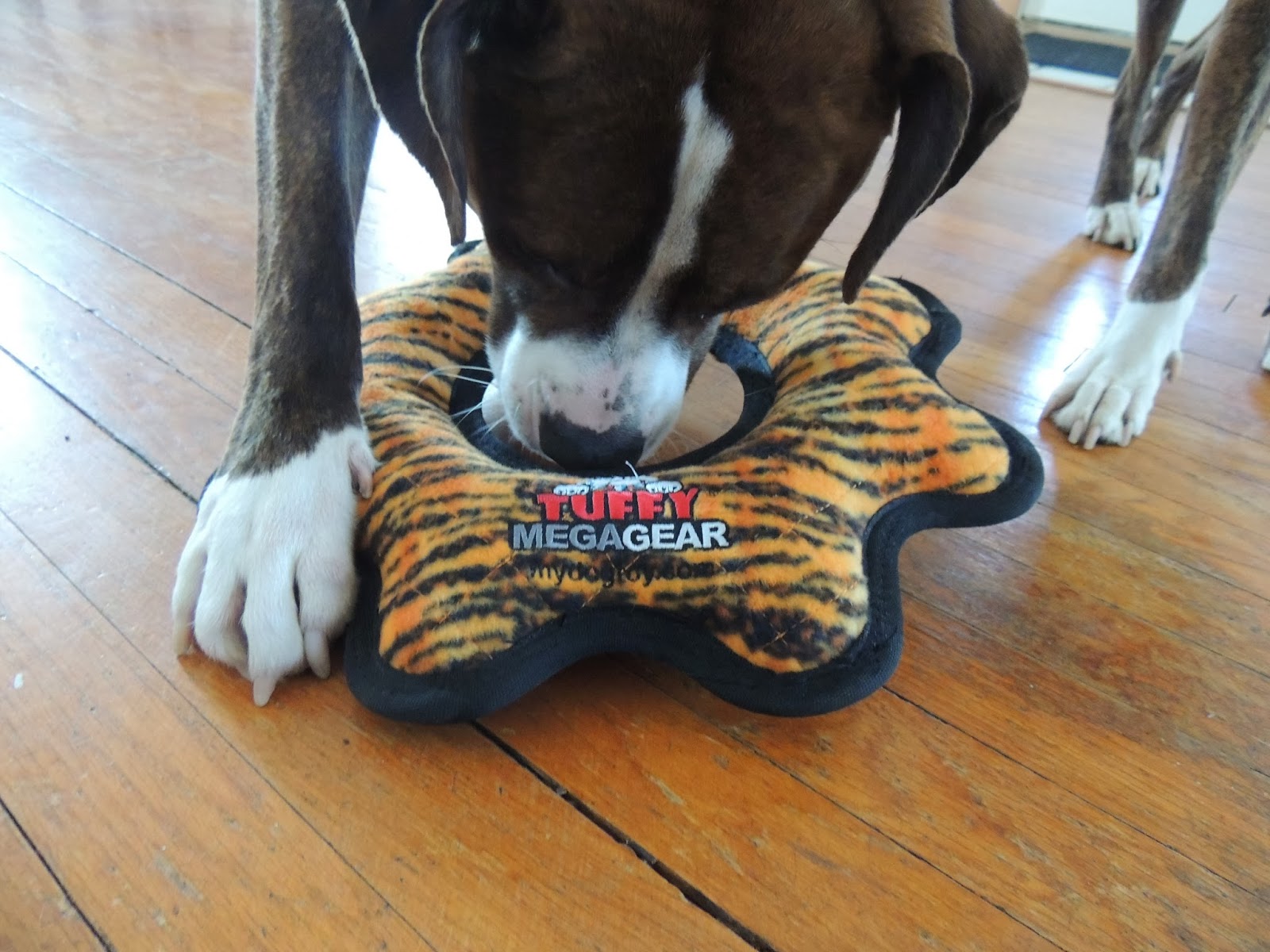 While we've had the alien longer than the gear ring, they both are still alive.  The dogs quickly honed in on the alien's weakness -- his mouth.  It's probably only a matter of time before this one bites the dust. 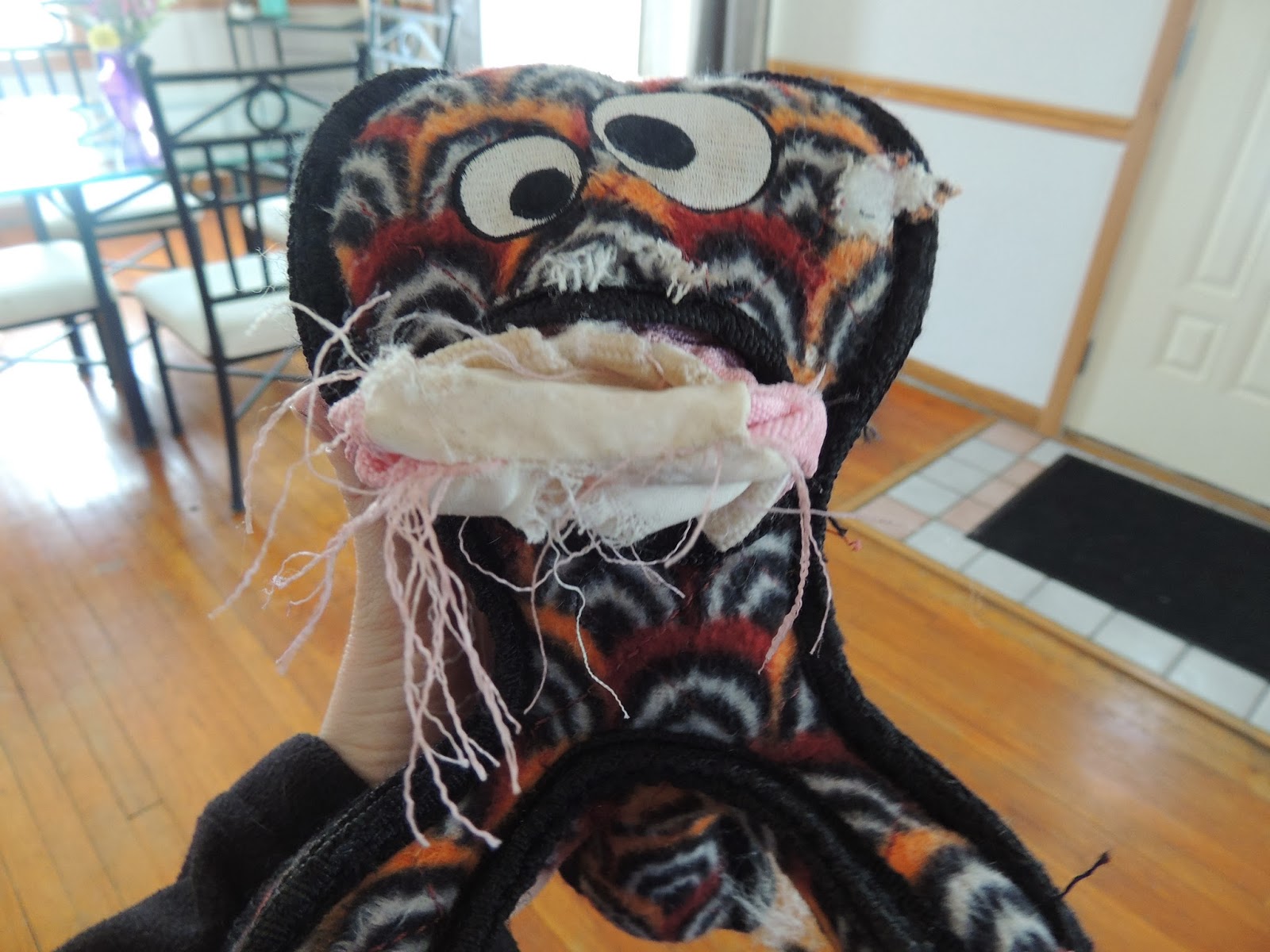 I have much higher hopes for the Gear Ring.  Tess did her best "picking" on the edges and didn't even get them to fray.  While it's a very similar style to their beloved Mega Tug, they don't seem to like it quite as well. 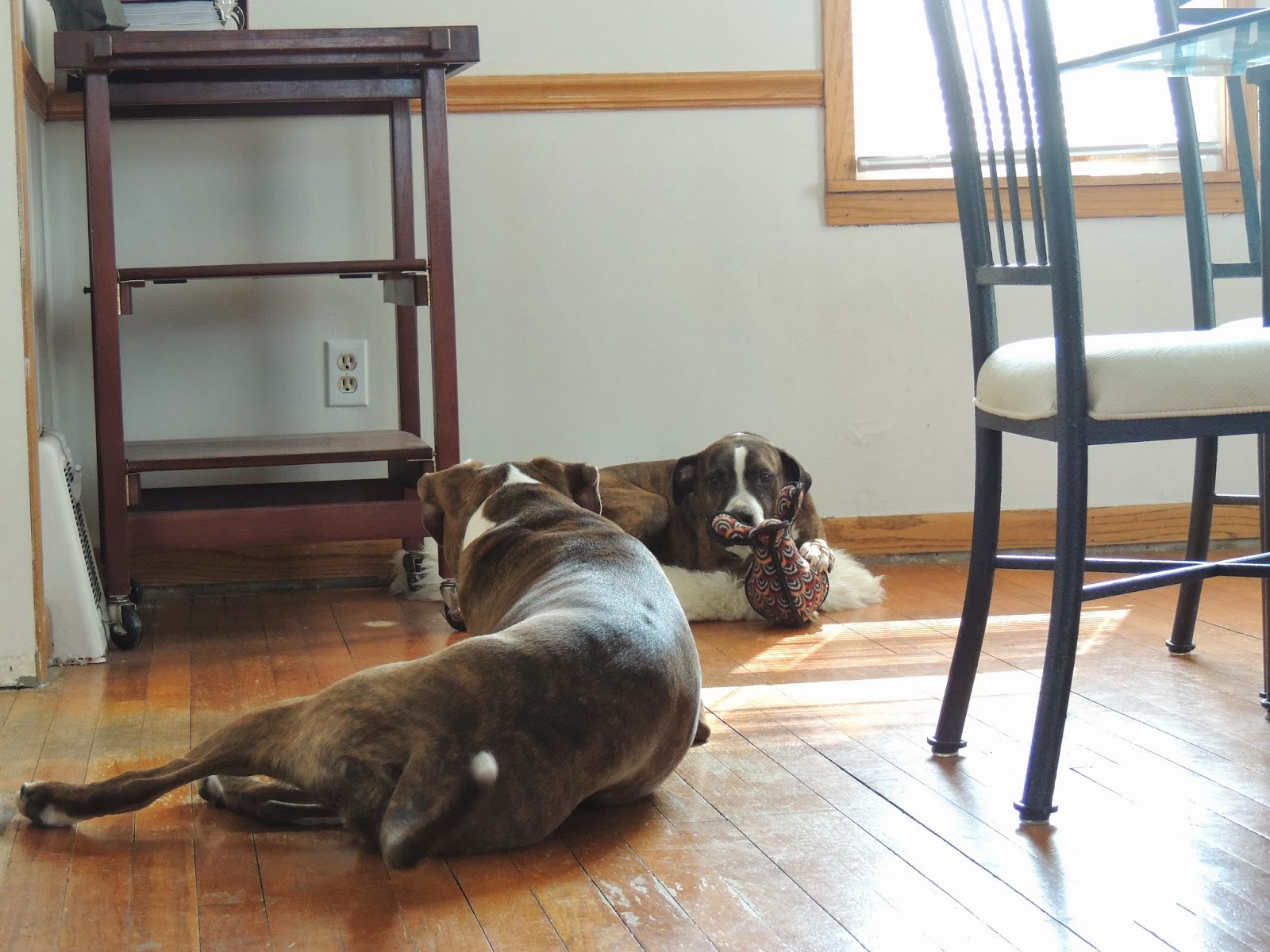 We love that we finally have a small selection of toys for Edison the pooches to play with.


What are you pooches' favorite toys?
Posted by Hannah@Eriesistibull at 6:00 AM