Last month, we received another VIP Toy Tester product - their mega-tug toy.  Made for interactive play or play between multiple dogs, this toy scores a 10 on their Tuff Scale. 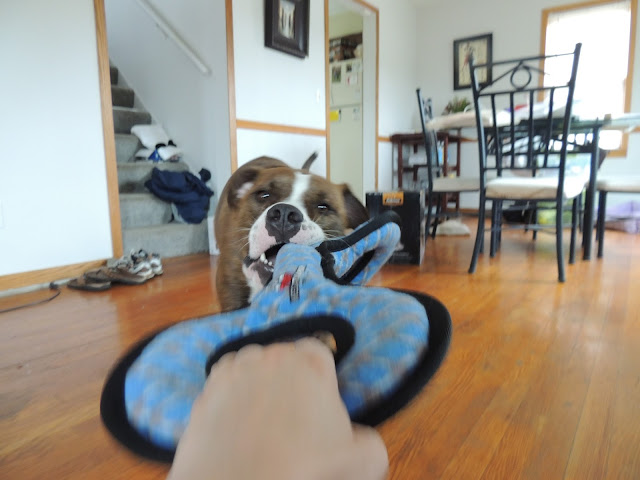 Edison's opinion? He loved it.  He's been following us around everywhere, begging us to play with him.  We've even caught his sleeping with it. 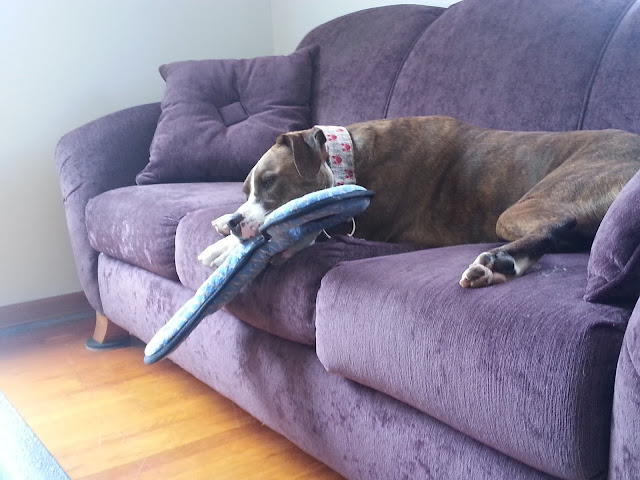 He loves that it not only is a tug toy (his 2nd favorite thing), but it also has squeakers (his 1st favorite thing!) - 3 of them to be exact. 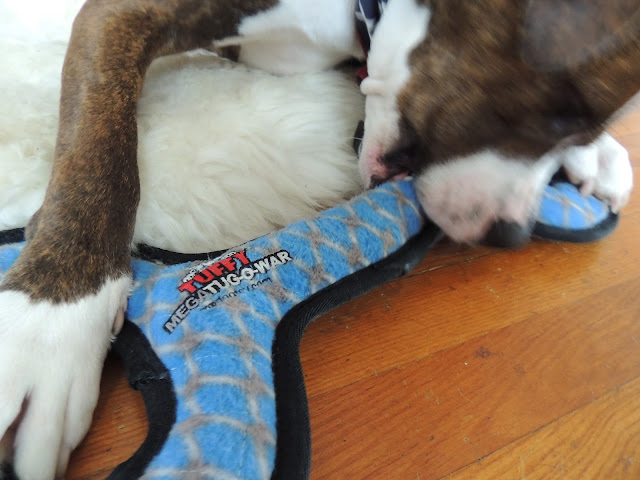 From the human perspective this toy is super durable.  It has shown virtually no signs of wear in over a month.  If you remember Stan and Paisley, who both met their demise once Tess got in on the action, it's the first toy yet to stand up to both pooches!

We were worried that because this toy isn't a "stuffy," Edison wouldn't like it as much.  Because it is so durable, he hasn't gotten it taken away from him, which I think makes him like it even more!


What's the most durable stuffy you've found?
Posted by Hannah@Eriesistibull at 5:50 AM