Last night Tess & I went to Bark in the Park at Jerry Uht Stadium to watch the Erie SeaWolves take on the Portland Sea Dogs! 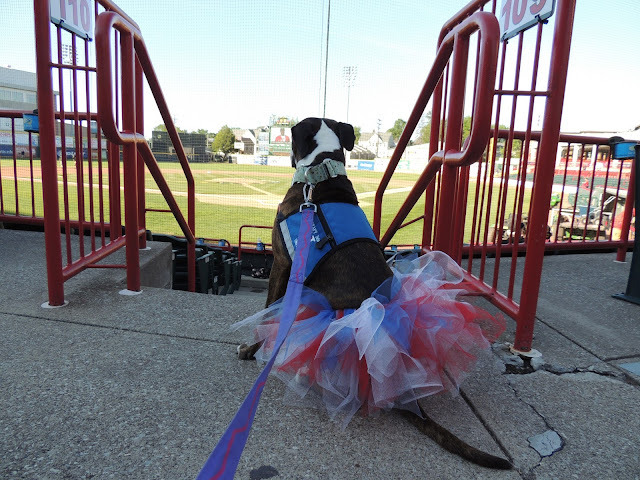 There were tons of dogs there!  In past years, pitbulls (and other controversial breeds) have been turned away, so we were so glad to see (a few!!) pitties mixed in with the crowd!! 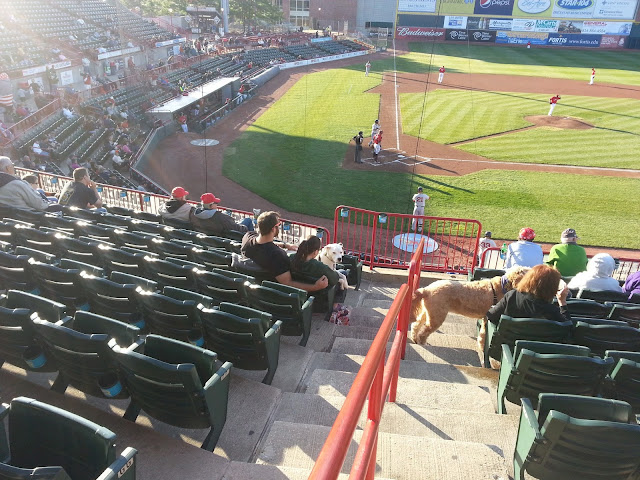 With the number of dogs in attendance, it comes as no surprise that unwanted greetings between dogs was bound to happen.  There were, of course, many people who didn't understand the importance of personal space and careful greetings, but we didn't have any incidents and didn't hear any major commotion either! 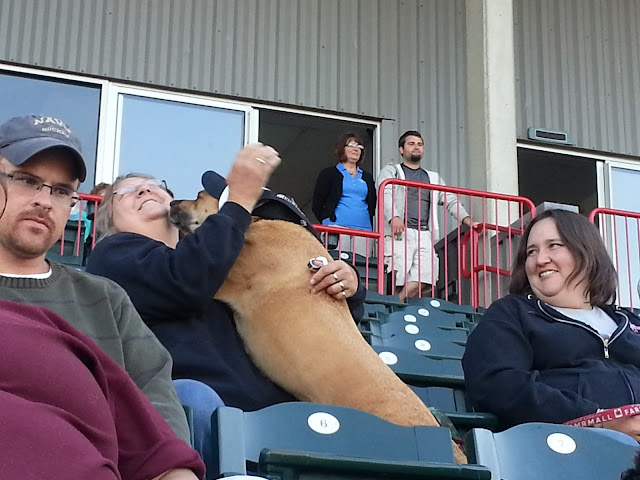 We even met a new Therapy Dog named Shiloh!  She was the cutest! 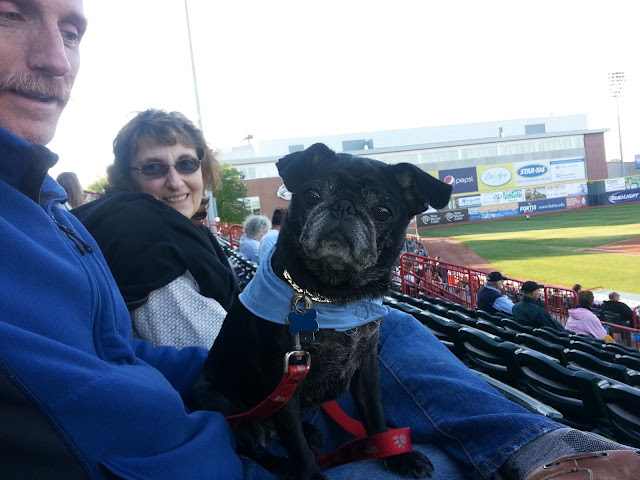 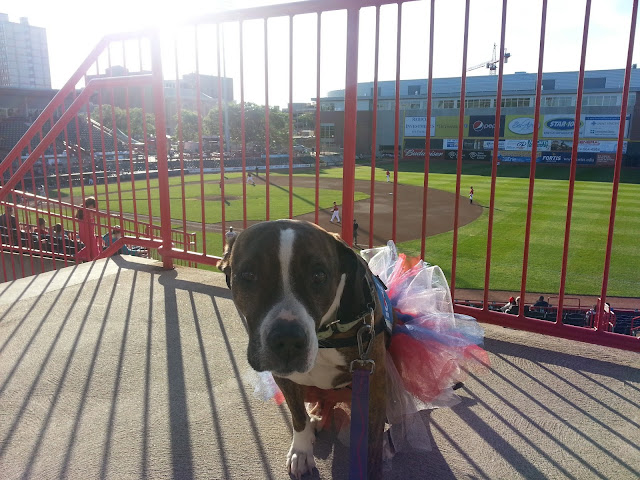 and managed to make a new friend. 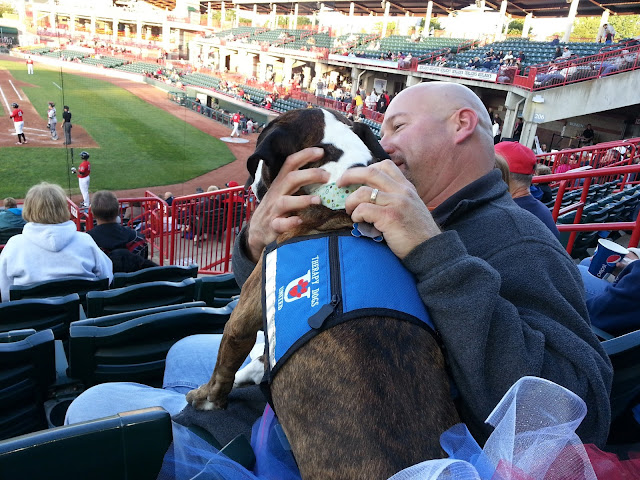 Unfortunately, at the top of the 11th, the score was tied - and we were tired! 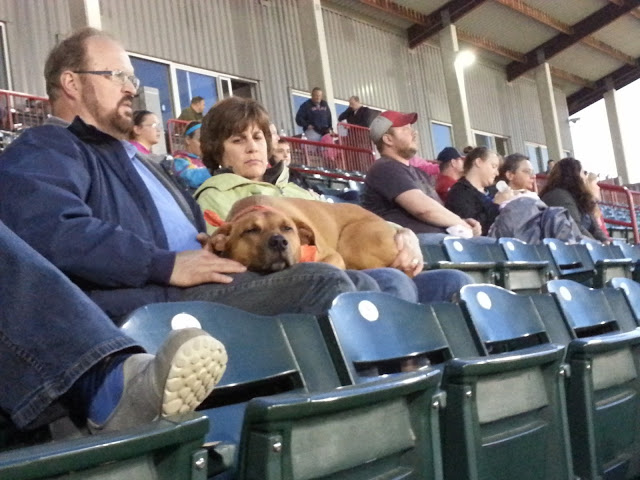 But the SeaWolves managed to pull out a victory in the 12th!! 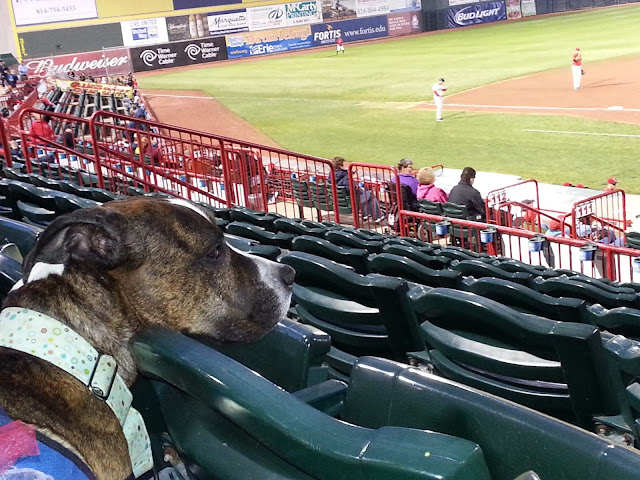 What kind of events do you attend in your area?

Posted by Hannah@Eriesistibull at 6:40 AM

Email ThisBlogThis!Share to TwitterShare to FacebookShare to Pinterest
Labels: Bark in the Park, Erie Seawolves, Tesla