Knowing He was The One

After Sam and I had been dating for awhile, he decided that he wanted a dog.  He loves Tess and all that makes her a pitbull, so he knew he wanted a bully. 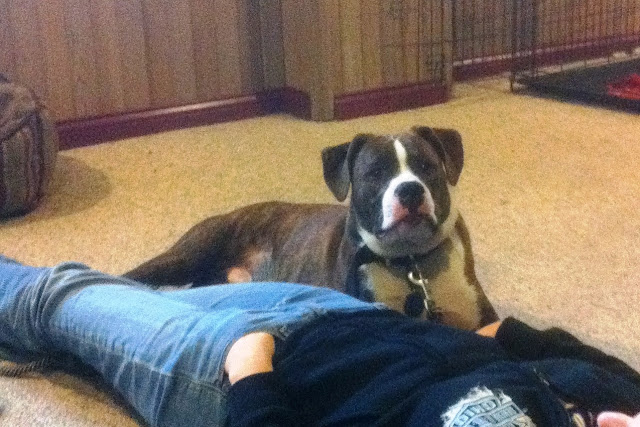 So we began looking.  He didn’t have as much criteria as I did, but he was leaning toward a puppy that would grow up on the bigger side.  The thought process was that since he lived with his sister at the time and her two small children, the puppy could grow up with the kids and we could start training from the start to ensure peaceful co-habitation. 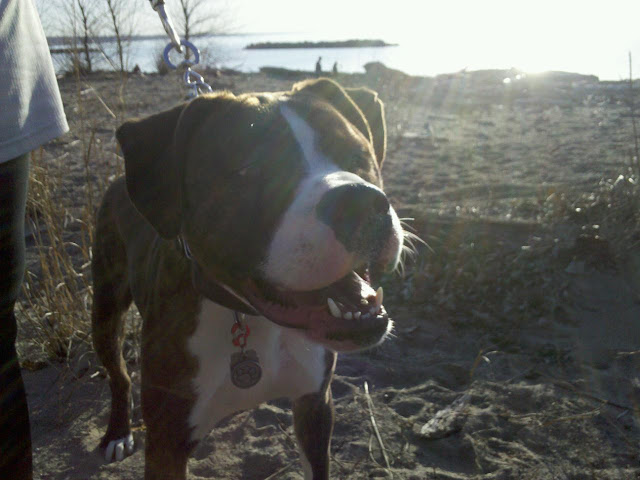 We looked (mostly online) for a match for several months.  We put applications in at rescues, but his un-fenced backyard kept us from being considered. 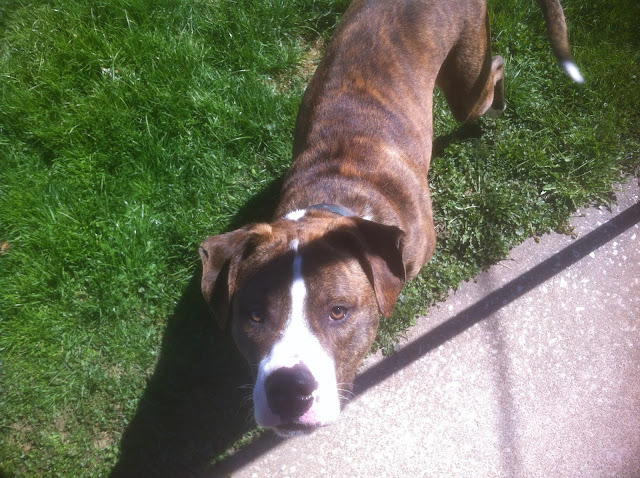 Then we found a familiar face.  A 6-month old American Bulldog mix.  At 50 pounds, he was hardly the small puppy we were looking for.  He was a stray located at a small, rural county pound in Trumbull County – meaning he was probably unneutered and most-likely not up-to-date on his vaccinations.  Basically, the exact opposite of what we were looking for. 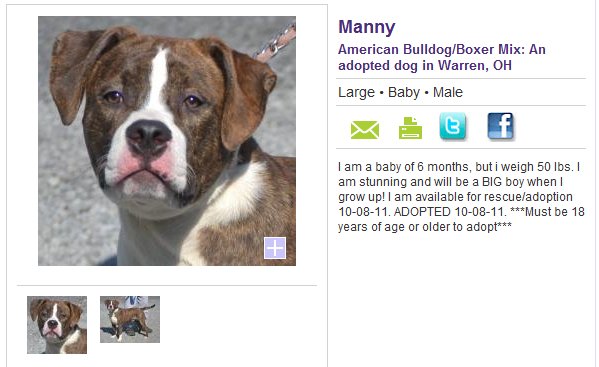 We were headed down to Pittsburgh that weekend and figured out that the pound was only 30 minutes out of our way into Ohio.  We could stop on our way home and “just check him out.”  Famous last words. 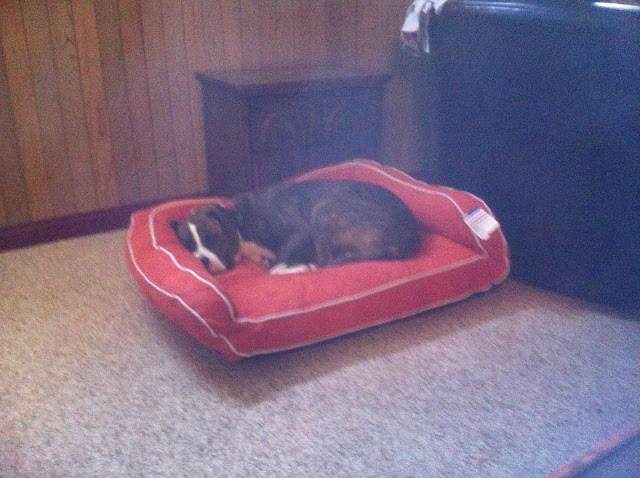 When they brought him out, we realized he was bigger than 50 pounds.  Turns out he was 9 months (and 60 pounds!) having been at the shelter since he was 6 months!  Our hearts broke - bullies don't fare so well in Ohio.  As soon as he saw us he fell on his back for a belly rub.  Before we knew it, we were taking him. 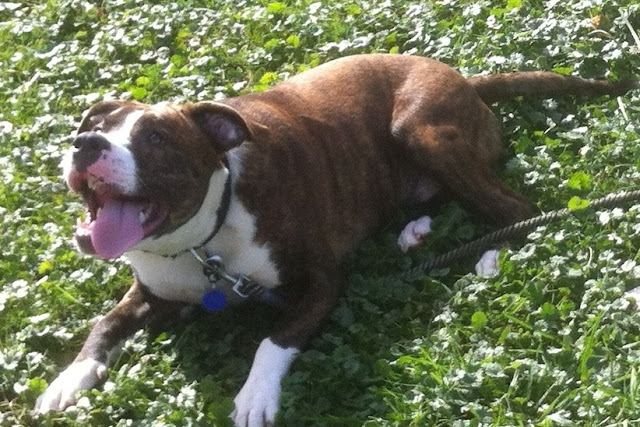 The meet-and-greet between him and Tess was uneventful: they each gave the other a sniff and went their own ways.  So, we paid our 20 bucks and loaded him up. 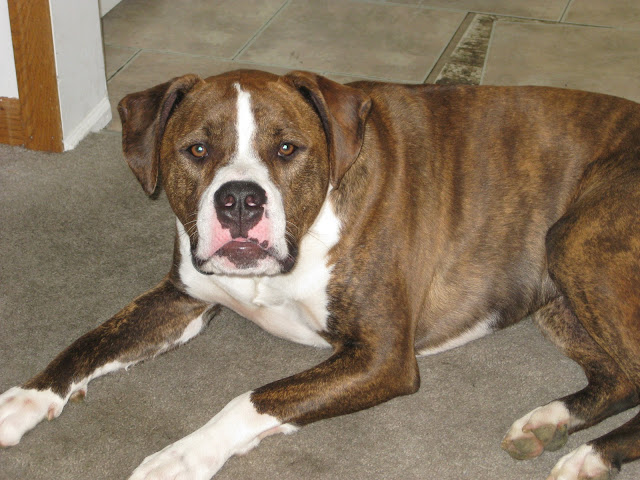 The ride home and the next year was interesting to say the least...but that’s a post in itself! 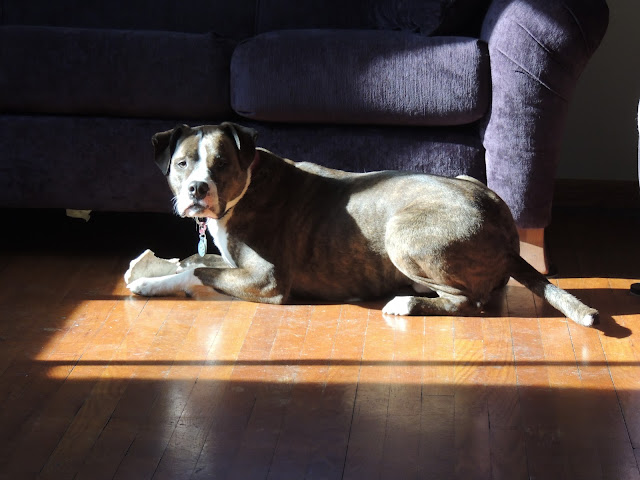 Posted by Hannah@Eriesistibull at 7:03 AM

Email ThisBlogThis!Share to TwitterShare to FacebookShare to Pinterest
Labels: Edison, The One