Last weekend we took the pooches over to Mud Puppies for Social Hour. 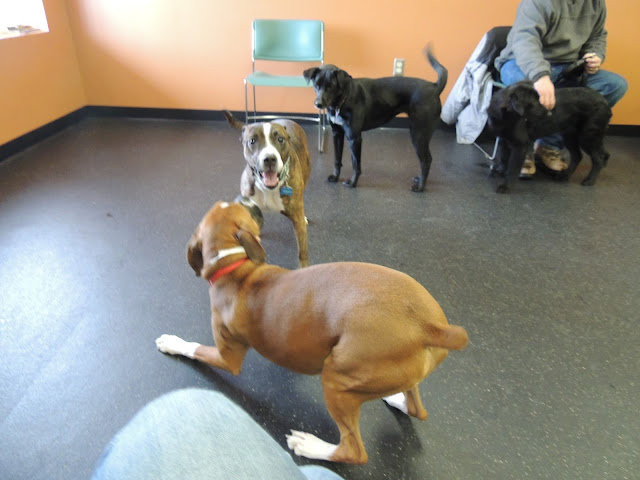 Every Saturday, they open up the training rink for up to 12 dogs to, well...socialize!


During the summer months, the attendance declines as people are out and about (unless it's super hot, then it's a break inthe AC).  We haven't been able to fit it back into our schedules like we would. 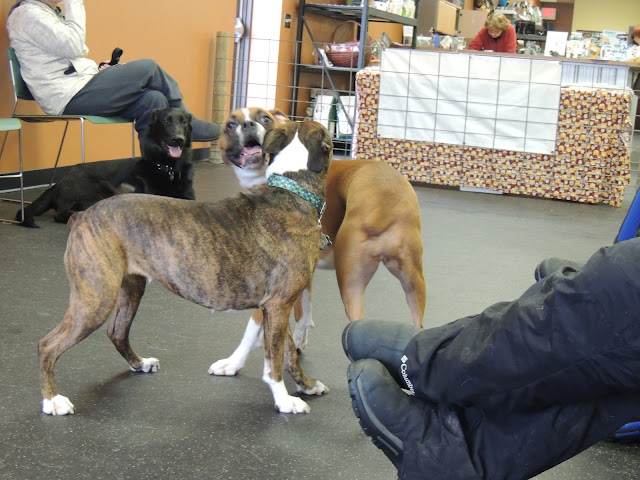 I've noticed Tess getting less confident and less tolerant of rude dogs (something that was nearly perfected when we were regularly attending).  Not wanting to lose our progress, we made the effort to get our butts there. 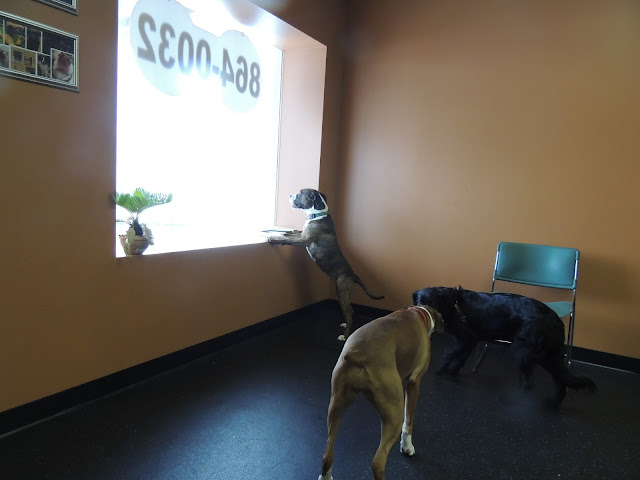 Tess had a blast and nearly picked up where she left off.  There was one dog who she was less tolerant with, but he really was a gentleman - he's just big!  She's always been a little leary of larger dogs. 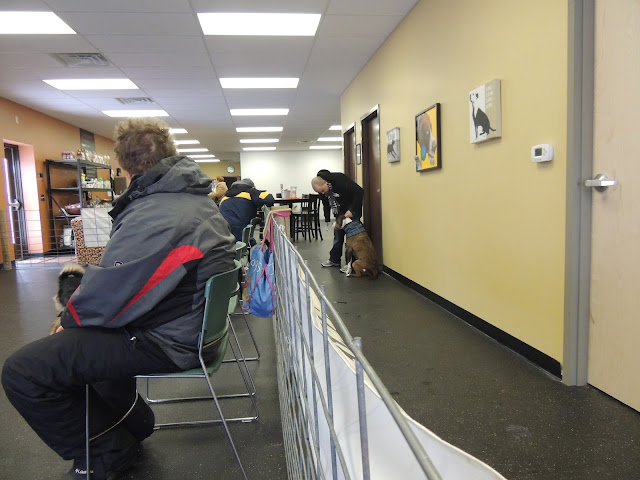 Ed is not a direct socialization kind of guy, and we respect that.  But we do think it's important to still work on Ed's passive socialization.  The shop was bustling with customers coming to the groom shop or for self serve.  Kids and adults were coming in and out.  Ed was sitting patiently for pets (which is a BIG milestone!).  Not only that, but he managed to make it through the hour with minimal gremlin noises to the other dogs!  How's that for progress?! 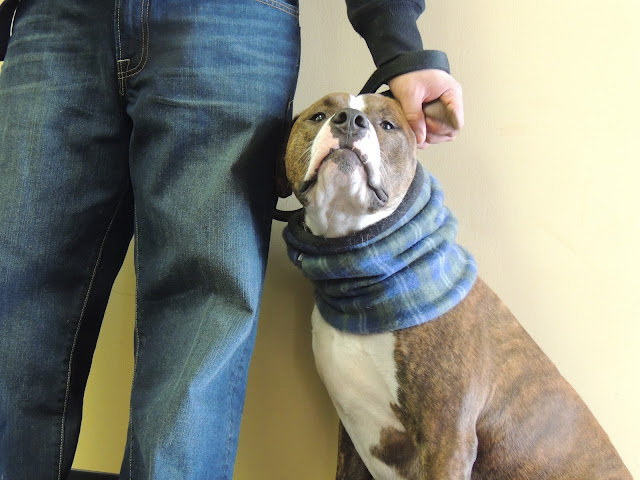 And best of all, BOTH the pooches were beat for the rest of the day... 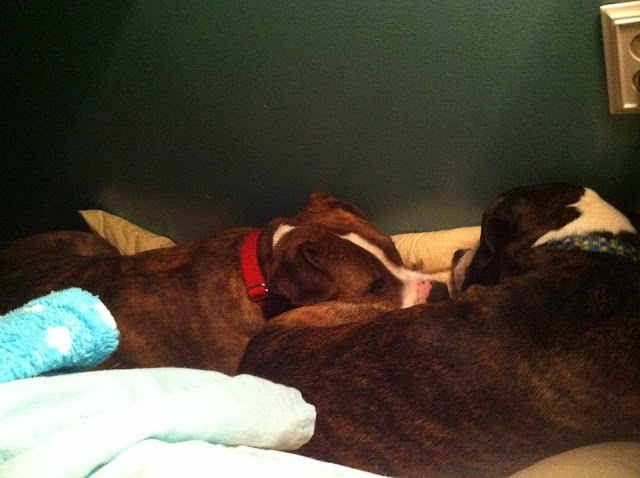 Posted by Hannah@Eriesistibull at 9:44 PM