We have had an incredibly hard time finding toys for Edison that last more than 15 minutes.  And at over $20 a pop, that’s almost $2/minute.

While searching for tough toys, I came across VIP Products, maker of Mighty Toys and Tuffy toys – which claim to be the “tuff”est soft dog toy. 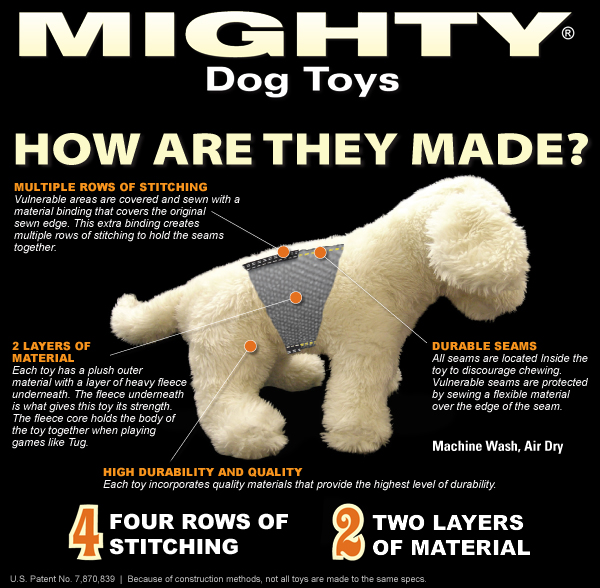 Needless to say, I was excited when I found out they had a toy tester program .  By signing up for an agreed number of toys per year, you get discounts for rating the toy.  And while Tess is indifferent to toys, Edi loves them.  We were in.
﻿ ﻿

We got our first toy today: Mighty Toy’s Massive Piglet, aka Paisley.  Upon receipt, the piggy was much bigger than I had expected (although, it is called “massive” so maybe that was my own lack of imagination).

﻿ ﻿
As he began to play with it, it seemed to be withstanding his attack.  He didn't seem to be able to nibble at the seams as he usually does with other toys. 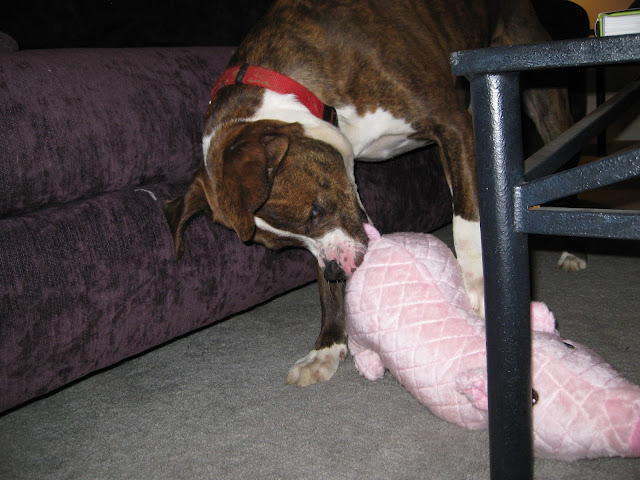 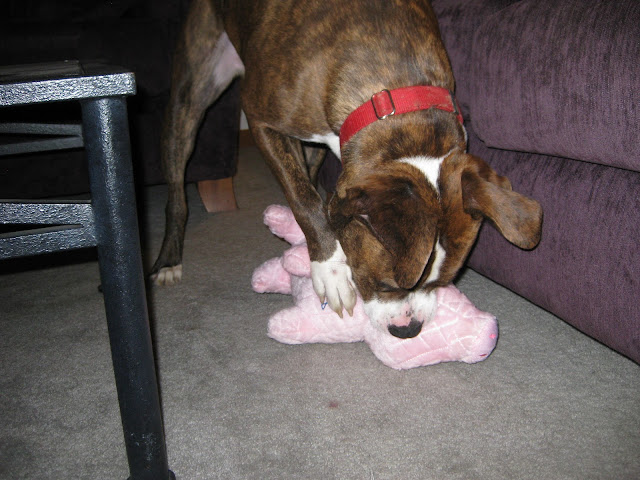 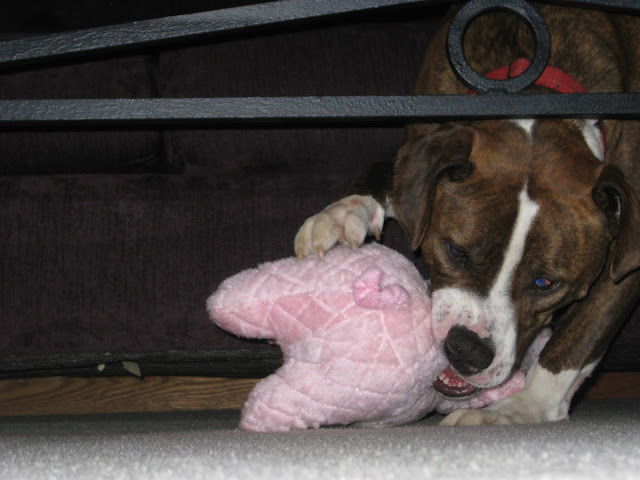 However, as soon as Tess got in on the deal (she has no interest until someone else does), it was quickly lights out for the poor pig.  The seam on the inside of her leg tore and her stuffing was next to go. 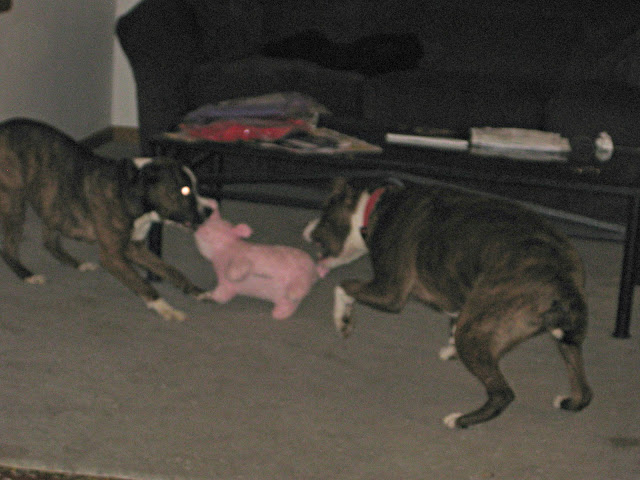 Although I do want to teach Ed how to be more gentle with his toys and what is appropriate play, I also wanted to see what these toys were made of. 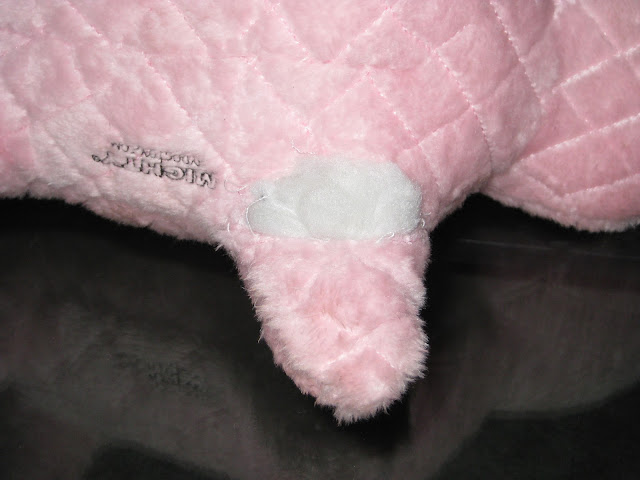 Paisley will be headed to Stuffy Hospital for a few sutures and put back into action.  Ed loved her.  We can't wait for our next VIP Product!

Overall, I think the Massive Piggy would have stood up to supervised play, but it was no match for dueling pitbulls.

Posted by Hannah@Eriesistibull at 10:29 PM