Just a Walk in the Park

Knowing that Thanksgiving would lead to:
1)      The humans over-eating,
2)      Tesla sneaking table scraps from relatives, and
3)      Edison getting some quality crate time – he’s still in his probational period.
we decided to take a long walk before the festivities. 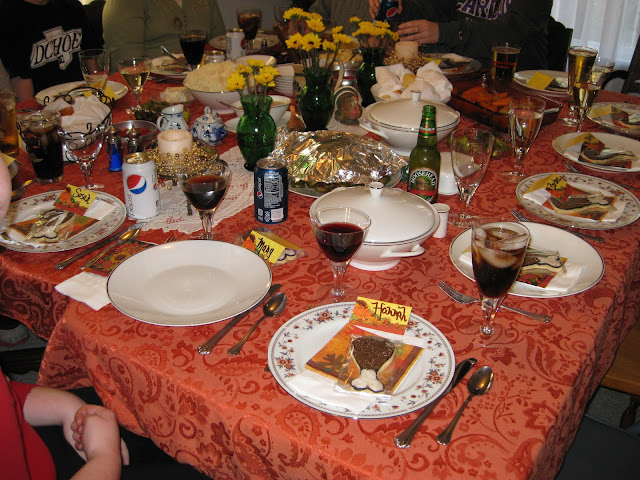 We went to the parks in my hometown on the campus of Waynesburg University. 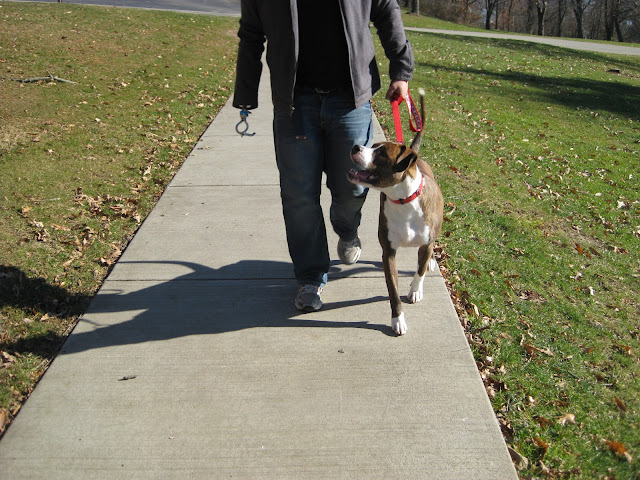 There are 5 parks that each take up a block, West Park, Ritchie Park, College Park, Monument Park, and East Park.  Each has its own uniqueness.  These parks were, at one time, used for pasturing farm animals – all permitted to run at large for decades!  We visited 4 of these.

All the parks are home to tons of squirrels, which Tess & Ed found fascinating. 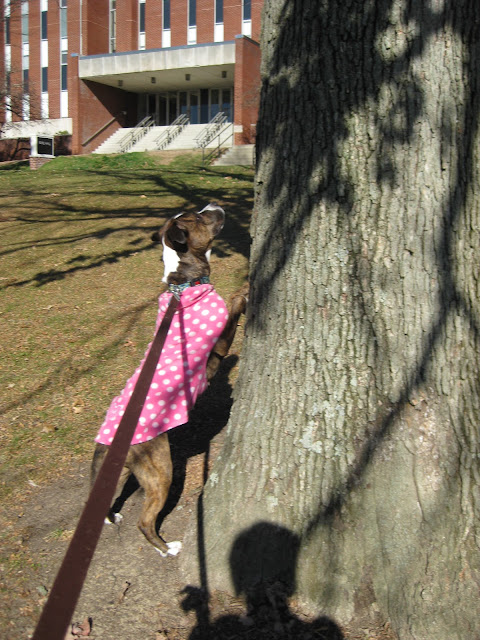 We we started in Monument Park where there is a Soldiers & Sailors monument honoring those who fought in the Civil War. 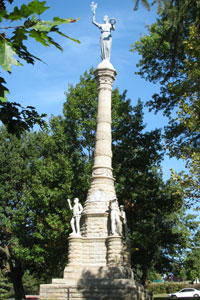 We took a break and let the pooches sniff around when we got to College Park, also known as “Fountain Park.” 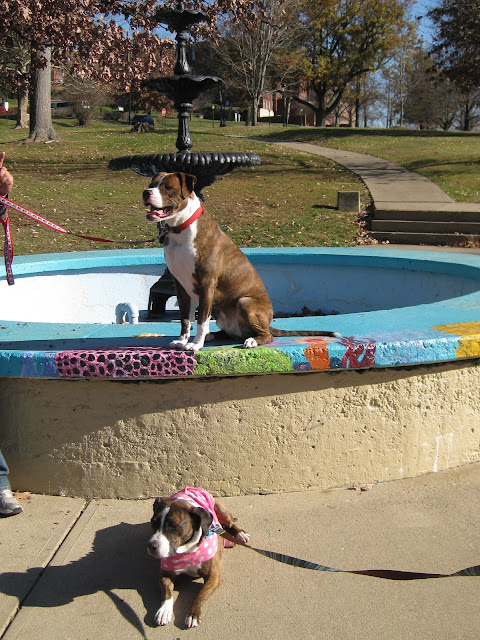 Ed had a fun time  climbing up and down on the fountain.  In the summer water flows through it, but in the fall it just holds leaves. 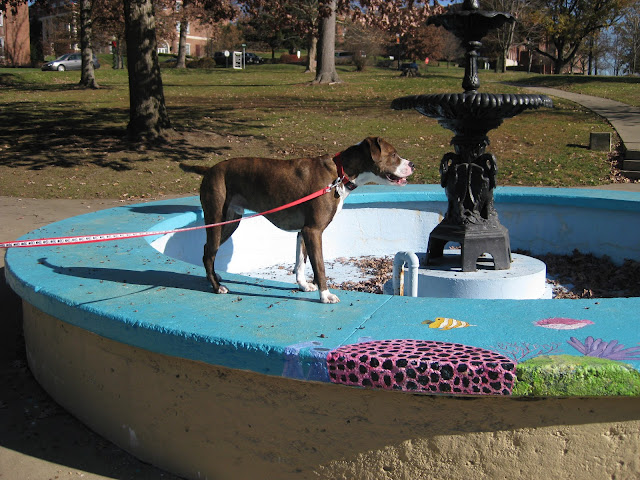 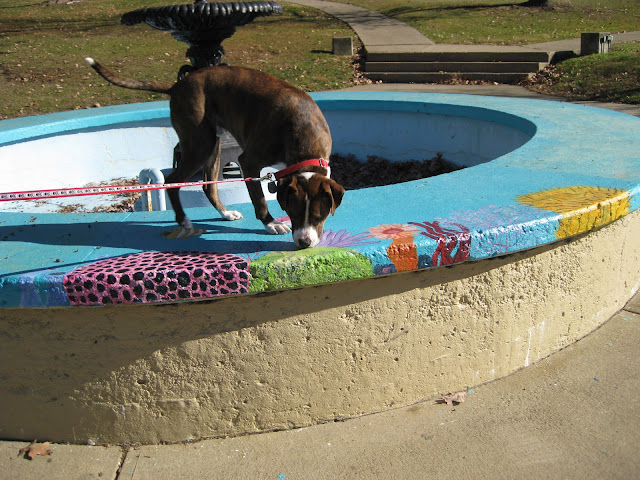 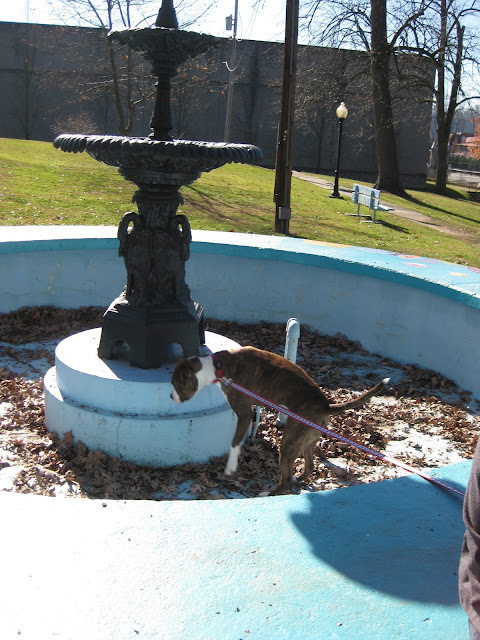 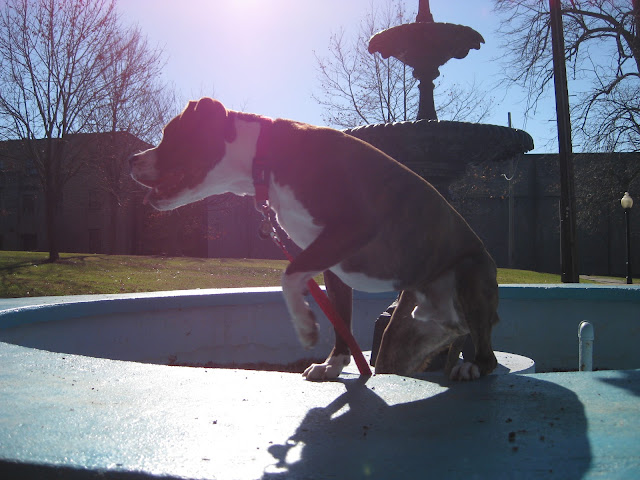 Meanwhile Tess was too busy being gorgeous. 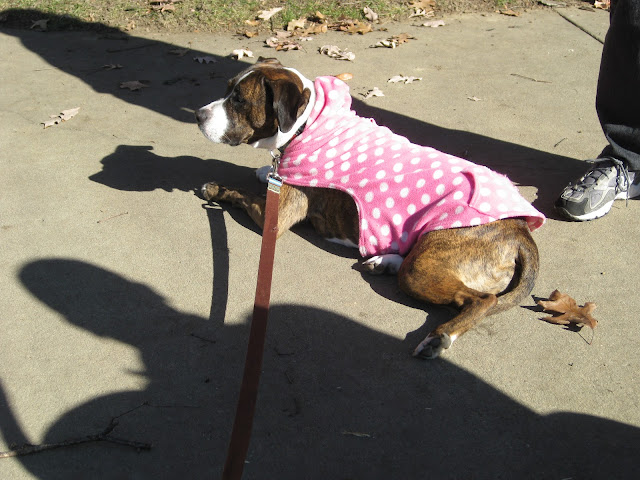 After our break, we headed to Ritchie Park.  Also known as the “Gazebo Park,” this park has...well, a gazebo.  The pooches were too interested in walking to pose in the octagonal Victorian bandstand. 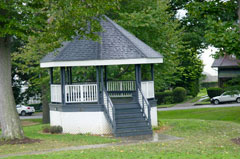 Throughout each park are benches.  This past summer, 2 volunteers painted each of the 10 benches in the park.  Here is Tess posing on a musical bench...the seat is piano keys! 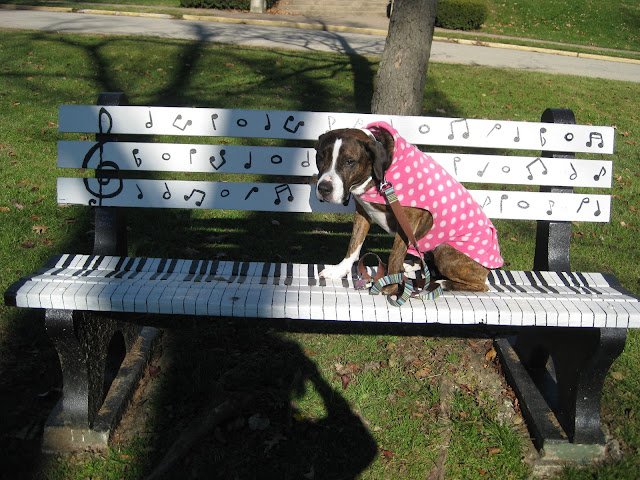 We then made our way to the last park, West Park.  This park has a small bridge that, when I was a kid, I was sure lived a troll. 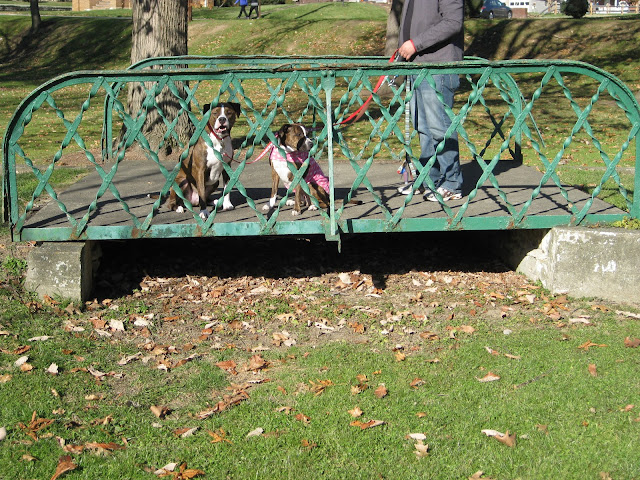 It was a beautiful fall day and was one more reason to be thankful. 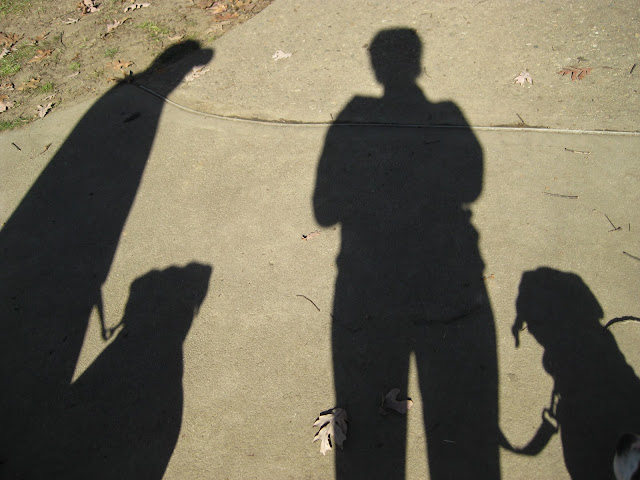 Posted by Hannah@Eriesistibull at 3:02 PM